Top Singing Styles and Genres You Must Know

The world will be a boring place, of course, if everybody sounds the same. Just imagine if you turn on the radio, and you suddenly discover that every artist you listened to sings in the same style. I am sure you will go ballistic. It is a good thing that singing styles vary and that there are myriads of music genres to choose from and listen to. Here are the most popular types of singing styles and genres:

One of the broadest genres of music is Rock Music. It started in the United States as “rock and roll” in the latter years of the 1940s. It has evolved into a range of various styles in the 1960s in the UK and the US.

As a music genre, it drew heavily from the blues, country music, and R&B. It also drew much from other genres like folk and electric blues. It even incorporated a bit of classical music, jazz, and other styles.

The evolution of the rock genre has been gradual since it first came into the music scene. It has grown edgier and rougher along the way. At present, the rock vocal sounds have greatly diversified as compared to other genres. The rock singers of today, moreover, have diverse vocal styles ranging from the likes of U2’s Bono, Slayer’s Tom Araya, Adam Lambert, and Metallica’s James Hetfield.

Pop genre, of course, is pleasant to listen to, fun, and romantic; yet, it is not overly sentimental. At its very core are dance and rhythm. Pop lords it over American music in the past decades as a parade of great pop artists had already come and gone. Pop music, of course, is the music industry’s face.

Every year, hundreds of new pop artists showcase their ware to adoring fans. The 80s, of course, was dominated by rock and disco music. Yet, people’s preference took a turn in the latter years of the 90s when pop music became generally preferred.

Several pop singers have been considered the most listened to and most appreciated entertainers of the past century. These entertainers include Madonna, Whitney Houston, Michael Jackson, and Prince.

The most restrictive and formal genre of music is classical and opera. Yet, classical and opera actually provides the greatest level of freedom for its singers. This genre allows for uncontrolled vibrato and complete emotional release. However, it is also considered as the least conversational among the different music genres.

Classical music is rooted deeply in Western Culture. It both includes secular and religious music. The term classical more often refers to the music of the Classical Period (1750 to 1820). However, classical music is farther rooted in the 11th century, during which, the incipient vestiges of musical notation were first developed in Europe by monks of the Catholic Church.

The classical genre of music includes religious oratorios, secular arias, and motets. On the other hand, opera singing also includes similar music, but this genre is more for onstage production, often sung by speaking and dancing stage actors.

Blues, as a musical genre, originated in the 1870s in United States’ Deep South. It has its roots in the musical traditions of Africa. Blues combined spirituals, field hollers, work songs, shouts, and chants along with rhymed narrative ballads. It is characterized by a pattern called “call-and-response.” It is also characterized by a blues scale along with specific chord progressions. The 12-bar blues is definitely the most common.

On the other hand, jazz, as a musical genre, also originated in the communities of African Americans of New Orleans in the late 19th century. It is rooted in blues and ragtime. Jazz, of course, is a more sophisticated offshoot of blues. It is marked by speech level singing along with distinct consonants.

Blues, on the other hand, is characterized by “rootsy” edge and sometimes sports the natural Southern accent.

Many experts place jazz and blues under the same category and singing styles. Yet, if you look closely, you will see that each of these two has distinct differences. Jazz, of course, incorporates less singing as compared to that of blues.

As a popular genre of music, Soul music originated in the community of African Americans in the 1950s. It is a mixture of rhythm and blues, African-American gospel music, and jazz. During the Civil Rights Movement, the soul has become popular for listening and dancing. Soul also has gained widespread popularity across the globe and has a direct influence on rock music.

Soul, as a genre, originated out of the experiences of blacks in America. It is characterized by catchy rhythms that are punctuated by handclaps and stressed by extemporaneous bodily movements. Similar to blues, it is characterized by a call-and-response between the chorus and the lead vocals.

The R&B reached its apex of popularity in the 90s. It has a mix of pop, soul, and a tinge of funk. Some R&B artists also borrow from some elements of jazz and other singing styles. Rhythm and blues also originated among African American communities. Its origin can be traced back to the 1940s.

The R&B bands usually consist of two guitars, a piano, bass, drums, and saxophones. Sometimes there are background vocalists.

R&B singers make use of sustained tones vibrato in ballads. Moreover, many phrases in the lyrics are usually conversational and may not require vibrato. The lyrics play a crucial role in an R&B song. The voice also should vary to serve as a reflection of the lyrics. Plus, R&B singers need to project their voices. Hence, they need to use microphones for this reason.

Hip hop is characterized by heavy rhymes and rhythmic singing. It is also accompanied by beatboxing and rapping. Hip hop, of course, originated in the 70s and has steadily increased in popularity since then. The increasing popularity of hip hop has also permeated other singing genres, including country and pop music.

The other genres that may have contributed to the onset of hip hop are many. Yet, the most important influences that led to the emergence of hip hop were disco, reggae, funk, and blues. Hip hop singers may sport diverse vocal styles. But the hip hop singing usually carries an edgy and nasal element.

The death growl characterizes the vocal style of the death metal. This growl may also be seen in other heavy metal bands. However, if you are reared in pop music or other music genres, you may find the death growl ugly to listen to. Yet, the death growl is in line with the abrasive music style of metal bands and complements the obscene and dark lyrics of metal songs.

Heavy metal genres are sometimes overlapping with other genres and are hard to distinguish. Yet, you can easily identify them by their traits. Their tempo, instrumentation, vocal styles, and song structure, including their guitar playing style, lyrics, and drumming style, are distinctive and easy to categorize as metal.

Singing styles and vocal types are two different things. Yet, when you combine both, you can come up with a distinctive character and style. Your singing style, of course, distinguishes you from other singers. The more unique your singing style, the more chances you have to make it to the top. Colored by the music genre of choice, you can then slither your way to stardom if given a chance. 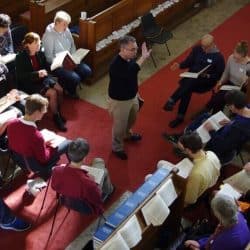 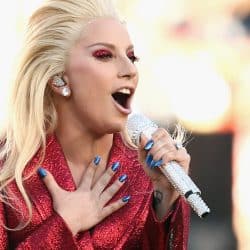 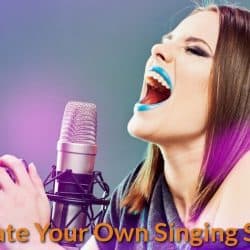 Create Your Own Singing Style 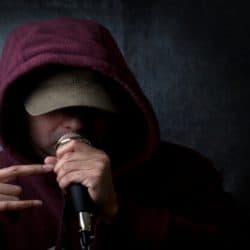 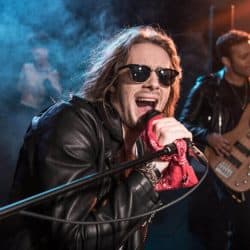 How To Breathe While Singing Fast Song