You have to know a little bit about the history of the “Opera” before you ever started to learn how to sing opera songs.

The end of the 16th Century saw the opening of a new and unique singing style called Opera in Italy with Jacopo Peri’s lost Dafne. Soon after it became very popular and spread throughout Europe. Lully from France, Schultz from Germany as well as Purcell in England contributed in establishing their national cultural traditions in their respective nations. However, Italian opera kept conquering the music world with its narrative style and brilliance, except France. Opera Seria could be considered as the best and most famous form of Italian opera until Gluck brought a change with his reformist operas in the 1760′s. Today Mozart is known as the unbeaten king of opera. He started with opera seria but became famous for his Italian comic operas. Some of his famous operas are The Marriage of Figaro, Don Giovanni and Cosi fan tutte and The Magic Flute which is in the German cultural tradition.

When classical music started during the 9th century, classical singing training was not popular.  Over the years, several classical singers have emerged in the limelight like Maria Callas and Luciano Pavarotti.  If you’re thinking that classical singing is only for people who are gifted with this talent, you may be wrong.

There are two vocal ranges under this category based on the gender that you should be aware of.  For males, they include bass, tenor, baritone and the highest one, which is called countertenor. For females, the vocal ranges include contralto, soprano, and mezzo-soprano.

Opera is a dramatic style of singing wherein passionate and effective singing is combined with drama. The scenes are set to match the music and the singer is accompanied by an orchestra or a smaller musical ensemble. Singing opera needs talent, a flair for languages, acting capabilities and a whole lot of commitment and practice.

Contents hide
How to Sing Opera In 6 Easy Steps
Let me offer you some guidelines you can use to become an accomplished opera singer.
Advanced Opera Singing Techniques
Significances of Mastering The Art of Opera Singing

How to Sing Opera In 6 Easy Steps

During the last years of the sixteenth century there was a popular style of singing in Italy known as Opera and soon many people all over Europe were trying to learn how to sing opera. One of the first ever pieces was lost Dafne composed by Jacopo Peri, which was greatly acclaimed in other countries within Europe. The influence soon caught on and soon composers such as France’s Lully, Germany’s Schultz and England’s Purcell made their musical contributions within their respective countries.

Nonetheless, Italian opera still dominated the world of music with its unique narrative style as well as its intensity. Opera Seria happened to be the most favored type of Italian style opera. This was until a performer known as Gluck changed the genre with his revolutionary operas during the 1760s. At the present time, Mozart is renowned as the undisputed opera king. He started with the Opera Seria style but soon gained popularity for his comedic Italian operas. A few of his well-known operas include The Marriage of Figaro, The Magic Flute that depicts German tradition and Don Giovanni and Cosi fan tutte.
Opera has a dramatic aspect in the way it is sung and is characterized by effective and passionate singing blended with some drama. Opera scenes are normally co-ordinated to go along with the music. In addition, the vocals are enhanced by music from either a live orchestra or a lesser musical group. Singing opera requires a certain amount of flamboyance, skill, language abilities, acting capability as well as plenty of practice and dedication.

Let me offer you some guidelines you can use to become an accomplished opera singer.

Step 1- Ensure that you regularly attend live performances done by accomplished singers. This will make you get familiar with the art of blending singing with drama. This applies to all other forms of singing, and not opera alone. Watching renowned performers, taking in their styles, identifying with the music genre and the varied performing styles will enable you to establish your own niche.

Step 2- Look for a suitable instructor who will help you train your voice. Singing opera entails using different voice patterns, voice throwing as well as voice modulation which can all be taught sufficiently by a superior instructor. The instructor can further assist you in finding your own ‘tessitura’ or in other words a voice range that is comfortable with you. There are some students in various music programs who practice their skills as instructors in order to make some money on the side. They normally have lower rates than the more established instructors so if you need to save some cash and still want to become an opera singer, they are a better option.

Step 3- Try and acquaint yourself with the varied languages that are used to sing opera. Getting to know Italian is mandatory considering that the majority of operas use Italian. Nonetheless, it would be advisable to get to know several more languages so as to have perfect diction and presentation as you sing.

Step 4– Enroll in the church choir for further voice training, which will allow you to have additional singing practice. Do not turn down any opportunity that you get to sing, and get opinions from others so that you can be able to make improvements.

Step 5 – Get to know the theoretical part of music by learning to read the music notes. This can be carried by the assistance of the instructor or using books as well as online tutorials.

Step 6- Rehearse every single day because the more you practice the better you become. Cantolopera is able to offer assistance by offering background instrumentals for the common opera songs while you acquaint yourself with how to sing opera.

In order to perform the opera songs perfectly and professionally, you will have to make sure that you find a good instructor who should be explaining to you the working of your voice while you are going on with the opera singing practice. You can begin by getting that yawny feeling in the throat and holding your tongue in a high position and this will result in a twang. You should have several twangs.

•    Tension in your tongue and throat and breathing correctly are the two main mistakes that are made and must be rectified. Why don’t you start correctly with a great instructor?

•    To be able to identify any throat tension while you are singing higher notes, you may feel pinched or tight to sing higher notes. Identify this by looking at yourself in a mirror or by placing your finger on the Adam’s apple then sing a high note. If there is a drastic movement in your Adams apple then you may be using the wrong opera singing technique. Your Adam’s apple is supposed to move in a free manner but not drastically. For instance, when singing high notes it should not suddenly vanish by your jaws.

•    You do not also want to restrain your larynx as well. This is a different and important part of the voice, though if you try to suppress the Adam’s apple while singing, this may lead to a restrained larynx and your voice will sound like a frog. This is the reason why you should always consult your instructor. Though, you should not worry about your Adam’s apple movements because you will learn with time a good opera singing technique. If you concentrate on some singing aspects such as support and breathing the technique will work on its own.

•    One of the best ways is to know and understand the story of the kind of opera that you’re planning to sing.  The opera entitled “The Marriage of Figaro” is a good example for you to consider.  The story has taken place in the home of Armagh Earl, where a handsome man named Manservant Figaro was planning to marry a beautiful servant named Susanna. But there was a threat to their love affair because the treacherous Count Armagh Wiwa was trying to set up something to block their marriage.  With a dubious plan to shame Earl, Figaro, and Susana, a clever trap was jointly organized by Count Wiwa and Countess Rosina with the aim of making Earl the subject of people’s ridicule.

•    Keep Your Larynx in Low Level: This is one important thing that you should remember in singing opera, keeping your larynx at a low level since it’s just considered a fancy voice in your voice box.  Have you noticed that when you yawn, your larynx goes down and drops back?  The reason for this is that your tongue is the one lowering it.  You can try this exercise for a number of times to determine if you can perform it without necessarily yawning. You can try to sing something while maintaining your larynx down and don’t let it go up.  At first, it may sound strange and you can feel awkward, but it’s simply because you’re not yet used in doing it.  However, when you become used to it, you will notice that your sound will remarkably improve, and you’re on the right way in learning the right technique to master the opera singing skills.

•    In learning opera singing techniques, language plays an important role in a lot of sound qualities.  For example, German is considered as a high guttural and grating kind of language.  In the case of the Italian language, you’ll find more difficult consonants to use. Words ending in “a” or “o” could be found more in Spanish and Italian languages.  These aspects will determine the impact on how you sing opera on those languages and show your potential to reach the limelight of success in singing opera.

Significances of  Mastering The Art of Opera Singing

This type of singing technique is known to be profound and highly emotional in performance.  Aside from touching the human spirit, it has been very popular as a form of art for several centuries because it deals with an epic story.  An opera usually touches on different emotions such as great love, guilt, betrayal, or loss of a beloved one.

At times, even the type of language used in an opera cannot reduce its impact on the listeners.  Learning opera singing techniques or classical music that includes oratorio, operetta, Lied or songs involves a very delicate process that could take a longer time, and requires a big amount of money.

It could even extend to several years of learning the technical and physical aspects of good singing in opera.  Most opera singers start their training in opera singing techniques during their teens.  They usually enroll in a conservatory, or in a school of music to learn the professional aspects of opera.

Singers in this music genre have been performing on stage as early as when they were still children.  If you want to become a great opera singer in the nearest future, you should be able to sing and play a musical instrument at an early age.  Soon you’ll realize if you’re really fitted to become a star singer in opera someday based on your ratings on-stage performances.

How To Sing Vowels Correctly

How To Sing Punk

How To Switch From Chest Voice To Head Voice

How To Sing And Dance At The Same Time 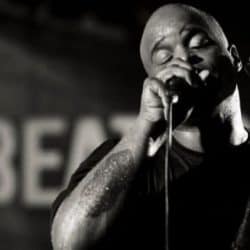