Country music is one of the popular music genres in the United States since the 1920s. Nowadays, Country music is progressively becoming famous like the pop music. It’s more emphasizes on the down-to-the-earth emotions and feelings of the singers while presenting the song in story-telling style.

What Made A Good Country Singer?

Slowly and surely the popularity of country music is becoming somewhat similar to that of pop music.

But to be a country singer, it takes learning a much different style and tone of singing than other forms of music. One can presume that the focus of a country music singer, is to sound like a person telling a story, by way of simplicity and ease in the singer’s voice. Mostly, the country singer uses a microphone; therefore, unlike the classical singers, they do not require to carry the hall. Also, the country music has greater twang than what one hears in an opera house.

Country singers think singing this kind of genre as the addition of speaking. Because of this reason, country singers do not need round, open, wide spaces like in their throat and mouth and rich tones such as classical singers. One may have that skill, but you might not need it in country singing.

Techniques and Skills You Must Learn to Sing Country Songs

You should practice the nasal singing technique. Most music genres may sound better in utilizing a controlled voice, several country stars are singing through their nasal voice.  You can determine the big difference between a nasal voice and a non-nasal voice by plugging your nose while singing.

After doing it, you can now try singing the same melody without holding your nose.  You will notice that the kind of voice produced by your diaphragm sounds deeper and more controlled when you plug your nose as compared when you don’t hold it.  In addition you should focus more on less controlled and flowing voice.

When you use your voice to enunciate words correctly, that’s what you call diction. You should be aware that the process of singing and speaking are different with each other as far as pronunciation is concerned.  Most often, there’s no need for you to pronounce a letter when you’re singing just to make a word sound better.

Proper singing requires you to enunciate clearly.  Moreover, enunciating certain words may sound very different depending on the kind of voice that you’re using.

Country songs sometimes known as western or country is a mixture of popular types of music that originated from the Appalachian Mountains and Southern US. Country music has its roots in folk music, old-time music, Celtic music and gospel music.

So, adding a little bit of twang and southern country accents in the country song will ultimately make you a good country singer.

The “twang,” in fact is not the vocal technique that you can only find on the country songs. Many singers from different music genres have utilized some degree “twang” sound in their genre of songs. But, the twang sound tends to carry more weight in the country genre.

In general, the proper way how to sing country song is singing with the use of an accent which is precisely different from other kinds of music.  Have you noticed that several country singers like Dolly Parton are utilizing a heavy accent?  On the other hand, some of them are using a very slight hint of accent such as Martina McBride, but the sound that they create is natural.

Below is the MTV of Martina McBride, singing country song. You will know what I’m trying to talk about after watching this video…

If you insist on forcing your accent simply to produce a country sound, you can be sure that your voice will sound funny.

The above are examples of things you should keep in mind when learning country music or any other style. Instead of hanging too much on the style of singing you are doing, you should instead concentrate on working on the basics to become a good singer. It is that simple to learn how to sing country music, just master the fundamentals and soon you will start impressing others with your great and emotional singing.

Generally, when we think of ‘twang,’ we think of that cat-like, southern quality exhibited commonly by country singers. While this is true in an ordinary sense, ‘twang’ is also a vocal technique serving other kinds of singers as well.

When you apply twang to your voice, mostly it does two things:

One it gives you a less breathy and brighter tone

Secondly, it adds 10-15 decibels of power without increasing the strain on your voice. Even if you are not entirely interested in country singing, still it is a great skill to possess.

Speaking is a good way of achieving twang. Once you know how it feels in your speaking voice, then adjusting it to your singing voice becomes much more comfortable.

Aspiring singers who want to learn how to sing country should really understand that they first need to know the basics. Singing country songs is not different from singing other styles of music, the only difference is the accent associated with it.

Country music is a term that has been used since 1940s when hillbilly music, which was the term used earlier was considered to be undignified. The term country music was widely embraced around 1970s, whereas Western and country have been declining in use from that period, the term is still popular in Ireland and in the UK.

A different blend of tribal groups mainly in Southwestern UK developed a different form of music, which became the form of music that defines the term western and country. Today, the word country music means different subgenres and styles.

Firstly, you should realize that singers like Clint Black, Keith Urban, Taylor Swift and many others perform the same things done by singers doing different style of music. In fact, most of the country singers use famous vocal instructors. Once you learn how to sing country by learning things like controlling your larynx, proper breathing and how to raise the soft palate, you can turn into a great singer not in just one style but in any. Things like relaxation and posture are also important.

Many people have asked me several times how they can sing rock music or any other style and I often tell them one similar answer. Do you have the basic knowledge yet?  First, you have to dedicate some minutes daily to inhale air then watch your stomach swell. This is through your diaphragm. After inhaling, you can then naturally allow the air to come out.

When singing a song you can go to the mirror and look at the movements of your throat. Is the Adam’s apple going up or down while you are singing? It is not appropriate for the Adam’s apple to do this; therefore you must learn to stabilize it because that will enable you to use all your vocal organs evenly so you will not end up damaging your vocal chords and throat.

Why You Should Learn Country Music

You might wonder why you need to learn how to sing country song when you would rather do jazz or rock music. Well, just imagine that you are on a singing tour. Do you really think that everyone will love just your favorite genres of music.  I mean you probably would get away with jazz and rock in a metro or urban environment. However, if you were to sing in a more rural setting or in a small township, I would imagine that some country songs would definitely be appreciated along with other genres. Not only that, as a singer you will get more appreciation if you have a larger repertoire of songs with which to entertain the audience. Besides, different genres help in cultivating your voice quality improving its texture, depth and range.

It makes sense to be aware of what music lovers want to hear when you sing to them. If you were to take a good look around some of the singers of today, you will see that most of them go out of their comfort levels to train themselves in multiple genres of music to increase their ability and to create and impact of a sensitive singer. Hence learning how to sing country is a good way of expanding and improving your talent. 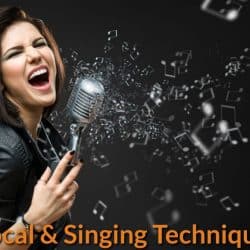 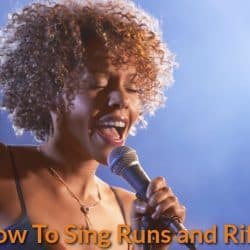 How To Sing Runs and Riffs 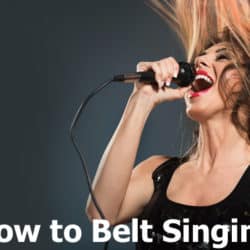 How to Belt Singing 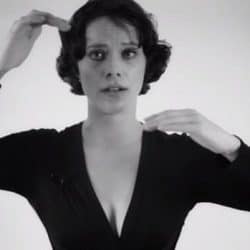 How to Practice Harmonic / Overtone Singing 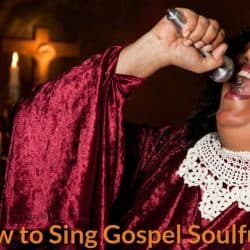 How to Sing Gospel Soulfully

6 thoughts on “How to Sing Country Songs”