Quite frankly, recording a song’s vocal track is challenging, and more often, as a vocalist, you will tend to fatigue your vocal cords if you make several takes to record the vocals. I, myself, can vouch for this fact, for when I was recording the vocals for our first single, I had already overworked my vocal cords, for it took me several takes to record the main vocal track. Fair enough, the sound engineer took pity on me and fixed the notes that I missed due to strained vocal cords using the Auto-Tune.

But what is an Autotune? Well, it is an audio processor, first introduced in 1997, designed to alter pitch in vocal recording or instrument recording. Autotune technology has already advanced at a rapid clip since its rolling out, and now, singers can use it to alter or correct their pitch in realtime during live performances. For example, Auto-Tune Live can quickly sense if your pitch is wrong and can rectify it in realtime. Yet, this correction is so subtle that only the experts and well-trained ears would notice it.

Contents show
Auto-Tune Evolution and Critics!
Auto-Tune and Its Two Implications
How Does Auto-Tune Work?
Why Singer Use Auto-Tune?
Conclusion

It was Andy Hildebrand who launched the Auto-Tune in September 1997. He is a Ph.D. research engineer who specialized in digital signal processing and stochastic estimation. He came up with a technology for vocal pitch correction when his female colleague suggested that she would benefit from having a device that would enable her to sing in tune.

So, at the onset, the Auto-Tune was conceived to correct wrong intonations discreetly. The use of Autotune spread further in the late 2000s due to T-Pain, a hip-hop/R&B artist who made use of this technology more often.

The growing popularity of the Autotune was not without its critics. For example, during the 51st Grammy Awards in 2009, Death Cab for Cutie, a band, appeared with blue ribbons as a protest against the Auto-Tune’s use in the music scene. Later that year, Jay-Z entitled his lead single of the Album The Blueprint 3 D.O.A. or DEath of Auto-Tune.

Christina Aguilera also followed suit by wearing a shirt that says protesting the overuse of autotuner in the music industry. Later, she explained what she wanted to convey in an interview by explaining that Auto-Tune can have so much creative potential, and even mentioned that Elastic Love, one of her songs in the album Bionic made use of it.

Time Magazine, on the other hand, included Auto-Tune in their “50 Worst Inventions.” Auto-Tune will indeed have its pros and cons, but given its availability, you can always utilize it to expand your creativity. Nevertheless, many people will still criticize the use of the Auto-Tune, and its use is generally seen as tantamount to one’s inability to sing on the right key.

Auto-Tune and Its Two Implications

Autotune technology always implies two uniquely varied things. First, this technology is designed to make pitch adjustments by quantizing the vocal performance to its closest semitones. Imagine if a singer sings badly, some of his/her notes will be wrongly quantized, leaving the final result awkwardly missing the mark.

On the other hand, you can set the plug-in or pedal to its extreme setting to produce a distinctive computer voice sound like those produced by T-Pain. Both modes of operations are feasible.

In both operation modes, however, the sound produced usually underwent processing to a certain degree. This processing may entail the bare minimum of EQ processing that enhances bass and treble frequencies to offset or rectify the venue’s effects on the audio.

How Does Auto-Tune Work?

Auto-Tune Technology was first introduced to measure and alter pitch during vocal and instrumental recording. The original intention was to correct or disguise off-key inaccuracies, letting its users fine-tune vocal tracks even if they was previously off-pitch.

Soon after its introduction, producers started using the Auto-Tune as a part of the effects for distorting vocals. In fact, when I was recording the vocal track in 2003, I remember that the sound engineer made use of the Autotune to at least blur the inaccuracies in my pitch by distorting the notes of my vocals.

However, the present-day Auto-Tune technology is more advanced than what the sound engineer in 2003 did use. At present, it is already revolutionizing popular music and recording.

This technology comes as a plug-in for DAWS used in the studio and a standalone that is a rack-mounted unit for processing vocals during live performance. The processor alters the pitch slightly to the closest correct semitone. You can also use Autotune as an additional effect for distorting the human voice.

At present, the Auto-Tune has quickly become standard equipment in most professional recording studios. For example, the Peavey AT-200 guitar makes use of Autotune technology for correcting pitch in realtime. The Autotune was eventually branded as the T-pain effect because T-Pain was instrumental to the Auto-Tune’s popularization.

Why Singer Use Auto-Tune?

Auto-Tune is one of the effects that you can use to enhance recordings and live performance. It can make bad singers sound better, though it will never make a bad singer a better singer. Singing is not only a matter of hitting the right pitch. It also entails a good voice with all its slopes, swoops, and vibrato that works around the voice pitch.

Nevertheless, Auto-Tune can increase your confidence and create emotion. Yet, if you are indeed a good singer, you will not need such technology.

Furthermore, there are two functions to this software: the automatic side and the manual side. The automatic function lets you choose the key, sensitivity, and speed. The automatic program guesses the note that is closest to what the singer intends to sing.

On the other hand, the manual function is time-consuming and is challenging to use. Yet, it offers you broader control, choices, and nuances. You can use both functions, but you might also misuse them. Nevertheless, if you utilize them correctly, you can make your voice sounds great.

Many vocal coaches make use of the Autotune to enhance their methods of teaching further. Using the Auto-Tune, vocal coaches can hear the right pitch while their students sing.

In the past, Auto-Tune’s use got tainted with negative criticisms, and those who used it were branded as inadequate singers and cheaters. However, it is a welcomed technology that opens up many possibilities in the pop scene.

Although at the start, it was used as a crutch to help those with horrible vocals. However, many producers and sound engineers use it to enhance and amplify artistic expression. In hip-hop and R&B, Auto-Tune has become an integral part, and artists like T-Pain and Lil Wayne often use it. Even Kanye West made use of Autotune for representing a fragmented soul after his mother’s death.

Auto-Tune’s use not only sharpens flat notes. It has evolved into an artistic device for increasing the angst and vocal expressiveness of a singer. Even YouTube Conor Maynard received criticism for his utilization of Autotune. However, he justified his use of it by saying that it doesn’t mean that he can’t sing, though its use only tightens his vocal rendition.

In the past, people who could sing on key were very much admired for their singing prowess. Nowadays, however, singers can use Auto-Tune Live to have their pitch corrected. The audience will find it hard to distinguish between those who use the Auto-Tune Live and those who do not. Of course, we can always justify the use of Autotune because its use comes with many advantages.

We can never fault those who criticize Autotune technology because they feel that its use during live performances or recordings is a form of cheating. Nevertheless, the Auto-Tune is now an integral part of most recordings and live performances. Thus, we can no longer do away with it, and we got no choice but to either ignore it or harness its use to expand our creativity. 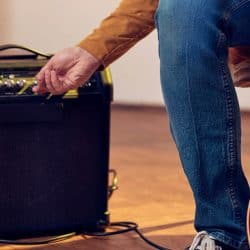 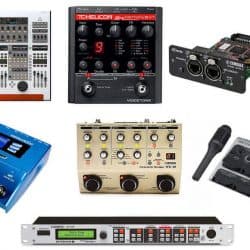 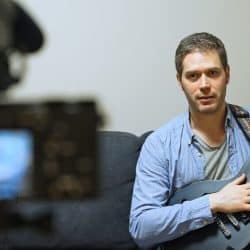 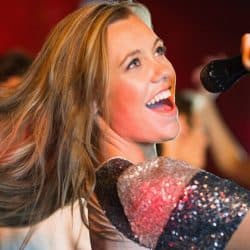