My bandmates, the other day, were watching the concert of Elvis Presley for a change, and could not help but wonder at the extraordinary appeal and power of his voice and stage presence. “This guy is a complete package,” my bassist quipped. I replied that Elvis also got an incredible lyric baritone voice with rich low notes and excellent high notes.

What is a Baritone Voice?

The baritone voice ranges from second A just below the middle C to that of A above middle C. It is known for its depth and richness, as well as its low pitch. This voice range is often not given much attention, yet, if you have this range, then you are fortunate.

You may also think that you can’t be a rock star if you have a baritone voice. Yet, you can, and there were baritone singers who could rock. With the right training, of course, you can do much with a baritone voice.

Baritone singers are differentiated from tenors, not only because of their vocal range but also because of their voice timbre. Their vocal timbre, of course, has a tinge of darkness as compared to the tenor voice. In classical and operatic music, the term baritone refers to a vocal range that comes with a specific timbre and tessitura. Baritone singers also play significant roles in operas.

Paul Frederic Simon, born on October 13, 1941, is an American singer, musician, songwriter, and actor. Simon had a long career that spanned around six decades. He is the other half of the dynamic Simon & Garfunkel duo that popularized some of the most cherished songs of the last century, like The Sound of Silence, Bridge Over Troubled Water, and The Boxer.

Paul Simon had won 12 Grammy Awards, including a Lifetime Achievement Award. He also belongs to a group of artists who had two Album of the Year Awards. His tandem with Art Garfunkel produced some of the most melodious blends of voices in the popular music industry.

Simon’s baritone voice blends perfectly with the tenor voice of Art Garfunkel, and together, they had perfect chemistry that is hard to duplicate again. I occasionally eavesdrop to their melodic tandem every once in a while to get that nostalgic feel.

Whenever you hear the name Elvis Presley, you hear rock and roll because his name is synonymous with Rock and Roll genre. Elvis Presley, of course, is quintessential of a stage performer. As a performer, it was not only his good looks that made him famous but also the excellent baritone voice that made a brand for himself. The patented swaying of his hips, and let-loose attitude onstage, gave people what they want of a performer.

Elvis’ voice is characterized by its excellent quality, power, and range. He could sing gospel songs powerfully and provide fantastic renditions of ballads. His voice has that characteristic soulful element that could make you swoon and relax. Moreover, it bears a straightforward sincerity that elicits that feeling of intense yearning and emotion.

Elvis’s voice has a three-octave range as if he could be a baritone, a tenor, and a bass at the same time. Yet, he is categorized under the lyric baritone type. He also got a keen sense of timing and rhythm that is hard to emulate.

His voice could move from a clear tenor to an exaggerated vibrato. No doubt, with his good looks and baritone voice, plus his confident swag onstage, Elvis is a veritable musical icon and a true king of rock and roll.

Nat King Cole or Nathaniel Adams Coles was born in 1919 and died in 1965. He was an American singer as well as a jazz pianist. Cole had 100 recorded songs under his sleeves that hit the pop charts. When he was 15, he stopped schooling or somewhat dropped out of school to pursue his singing career.

As a prolific artist, he continued to record hits that sold worldwide. Some of his songs include Smile, A Blossom Fell, and Pretend. As an artist, Cole received myriads of awards. He got inducted into the Alabama Jazz Hall of Fame and Alabama Music Hall of Fame.

What defined Cole’s greatness is not his unprecedented success, nor his playing skills, but his incredible voice. His voice is soothing and his pitch impeccable. Moreover, his voice will relax you. You would feel as if you are bewitched when you listen to his voice.

As a best-selling artist of all time, John R. Cash sold over 90 million records. He thrived in genres like country, rock-ability, rock and roll, blues, gospel, and folk sounds.

Cash was a recipient of many awards. He received, for example, Grammys, the Country Music Association Awards, and other acclaims. He was indeed a country music personification and could never be defined by a specific genre of music.

Famous for his outlaw country tunes, Cash had a readily recognizable baritone voice type. He sang baritone songs like A Boy Named Sue, Ring of Fire, and Walk The Line. He has a profound rumbling speech that is characterized by a certain depth.

Johnny Cash may never be a genuinely great singer from the technical perspective, yet he maximizes what he had. Of course, his money notes were often the song’s lowest notes instead of the high notes.

Jim Reeves or James Travis Reeves was a famous American pop and country singer-songwriter. His songs charted way back from the 50s to the 80s. As a Nashville sound practitioner, he was referred to as the Gentleman Jim. His songs went on charting until his death in a plane crash.

Jim Reeves or James Travis Reeves was a famous American pop and country singer-songwriter. His songs charted way back from the 50s to the 80s. As a Nashville sound practitioner, he is referred to as the Gentleman Jim. His songs went on charting until his death in a plane crash.

Jim Reeves first broke into the music scene with his song Mexican Joe in 1953. Soon after, other hits followed. However, his most prolific years were from 1955 to 1964, when he consistently made it to the pop and country charts. He also became the foremost ambassador of country music.

Some of his posthumous hits even outsold his earlier releases of singles. Following his burial, he got six number one singles within three years. Of course, Reeves was a veritable baritone that could croon and smoothly sing to his listeners’ delight. You can check out his Four Walls, and He’ll Have to Go, two of his songs that best define his music style.

Ville Valo is a famous Finnish songwriter, singer, and musician, best known as HIM’s lead vocalist. He started as a bassist and drummer with various bands in Helsinki. Afterward, he formed the band HIM, a gothic rock band, in 1991. Of course, this band became one of the most influential Finnish bands and the first one to get a gold record in the US.

His influences include those of Black Sabbath, KISS, and Type O Negative. He was the band’s chief songwriter and lead singer. Moreover, his voice is characterized by a bass-baritone crooning voice that has a certain depth.

The most successful Ville Valo album was the Dark Light that went gold in UK, US, and Germany. It also reached platinum in Finland.

Valo also had collaborated with other artists during the span of his career. He performed as back-up vocals on The 69 Eyes’ five albums. He also appeared in the Wasting the Dawn music video.

Chris Cornell is considered a higher baritone than a natural tenor, though you could hear him wail even beyond the baritone range. Endowed with an incredible voice, he further enhanced it with vocal training, which extends his vocal range further, giving it a sharp and aggressive characteristic.

Of course, his voice is unearthly and very raw, and he is a register release master. He is also a veritable vocal placement and resonance tuning master, and all these skills make for a healthy technique.

Chris’s voice extends from the second octave towards the fifth octave. This fact proves that baritone can invade the domain of tenors.

Chris was the rhythm guitarist and lead vocals for Audioslave and Soundgarden. He is also touted as one of the 1990 grunge chief architects.

Chris Cornell, of course, has one of the most powerful singing voices in rock history. According to Warren Hewitt, capturing his signature wail, especially on Superunknown, was very challenging than recording instruments. Cornell’s voice is a veritable instrument that is characterized by its brutal edge. He is unstoppable in his full-throated shriek.

You might have known Axl Rose for his shrieking vocals and extensive wails. Yet, you may say that I am mistaken when I included him in the most famous baritone singers. Of course, there is no doubt that Axl is a baritone. You can check out his song the Civil War, It’s So Easy, and Don’t Cry. As you listen to these songs, you may mistake the pieces to have two distinct singers. Well, Axl had juxtaposed his natural baritone voice with his high shrieking range in this song.

Axl, of course, doesn’t have a reliable vocal technique. Yet, he is noteworthy for his excellent vocal extension and unique vocal style. His vocal style and technique, of course, is not sustainable. Hence, you will notice a remarkable difference in the Axl of the 80s and the present day’s Axl.

Rolling Stone and NME have named Rose as an all-time great singer. Inducted into the Rock n’ Roll Hall of Fame, he declined to attend the awarding ceremony.

The vocal range of Axl Rose is incredible. Rose can sing, for example, various notes that are far apart. He could sing two notes that are five octaves apart, such as in the case of There Was a Time as well as in Ain’t it Fun. His vocal range, of course, is vast, spanning six octaves. His note diversity, of course, endeared him to his legions of fans. 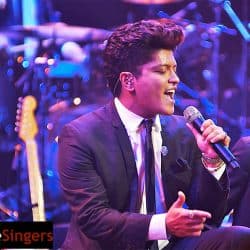 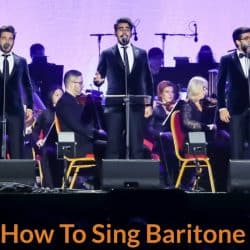