Music, either in the primordial era or in the contemporary era, has been blessed with thousands of gifted and talented musicians. One of the most respected musical artists of all time is Frank Sinatra. Frank Sinatra was an American singer, producer, and actor. He was said to be one of the most influential and renowned 20th century musical artists. He was known for learning music by ear. In essence, Sinatra didn’t learn music by reading. Frank was well-known for his exciting singing and performance. In recourse to today’s standard and general expectation of standard voice, Sinatra is extraordinary. Sinatra is such a singer that can be found singing hardly singing outside an octave range and void of the displaying of the acrobatic vocal skill of any form.

The Singing Style and Voice of Frank Sinatra

Discussion on the singing style and voice of Sinatra would invoke a great deal of description and descriptive words like smooth, sexy, and Seduction. Sinatra seems to find singing as easy as breathing. It almost seems as if the mellow voice that accompanies his songs was naturally implanted in him, with no need to learn it. However, he was known for his diligence in giving himself to the study of his craft and the labor to gain mastering and control over his sound. A thorough dissection of the singing style of Sinatra, different musicians, and lovers of music have pointed out his musicianship ability, which is rooted in his ability to sing coupled with empathic feelings, his creative and perfect legato, is cello kind of vocal tone and his meticulous usage of vibrato. While some posited that his innovative way of moving his golden voice is what made Sinatra distinct from his contemporaries and central to his outstanding achievements.

The genres of music of which the song of Sinatra can be categorized as been subject to an argument among musical taxonomists, while some considered him as a pop singer, some considered him a jazz singer. In fact, some are of the mind that the classic might have been coined in a bid to describe Sinatra‘s music style. Moreover, during his musical career, he is much concerned with tackling different genres and styles of music. From the foregoing, it would be essential to note that Sinatra was a studious man who developed his singing techniques through diligent study. Hence, in a bid to build a voice and singing style like him, one must give himself/herself to the mastering of his techniques.

Sinatra Singing Techniques You Must Learn

Sinatra used several techniques during his lifetime in his musical career, and some of them would be discussed in this section. In fact, these are the singing techniques you must use in order to sing like Frank Sinatra in no time.

The first is the Phrasing. The phrasing is a tool used by Sinatra that can be traced to his study of the musician while he was still a teenager. Sinatra studied the Tommy Dorsey’s Orchestra, from where he began emulating their long phrasing. Sinatra is known for his extension of his breathing while singing, which gives him better control over his vocal and the ability to sing two to three sentences prior to taking another one. Sinatra’s phrasing styles are coupled with fascinating and subtle nuance that is potent in gluing his audience to every word he utters.

Another technique he used include, Volume speaks volumes. This Sinatra, in his style, does employ volume to enhance expressiveness while singing. While he intends to express an intimate, seductive, warm, and emotional feeling, he reduces the tempo of his voice with the microphone almost touching his lips, singing quietly, to the extent that it would almost seem like he is whispering. And while when he intends to communicate anger, he raises his voice with his throat widely open, with the microphone which would be placed some ‘mile’ away from his mouth. If you would be like Sinatra, you will need a good understanding of the underlying emotion of the song you want to sing and must be able to decipher the appropriate voice to use in a bid to project such expression.

The third of the techniques deductible from Sinatra’s musical legacy is rooted in his energetic style. Dynamics is one potent technique that can be attributed to Sinatra music. His singing technique of using volume to either stress or soften a different part of a melody. This he did by fading in and out in at some words to enhance smoothness. This kind of style employed by Sinatra is said to be the nucleus in bringing music to life. On this note, for you to be a great musical artist like Sinatra, you need to incorporate dynamics as a technique you use in your singing style.

Tempo Rubato is another technique used by Sinatra that made him stand out amidst his contemporaries. Rubato is an important technique you must have as a singer. It involves an artistic device that, when used appropriately, would facilitate the creation of heightened meaning and feelings to a musical performance. In essence, an expressive part of phrasing that entails shaping of music. A performance void of rubato could be said to be boring, monotonic, unemotional dry, and mechanical. Against this background, it would be essential to know the indispensability of rubato in any music and how it is integral in the style of any singer.

The use of rubato would help you as a singer enhance control over the tempo of the song without necessarily losing the natural rhythm that accompanies the music. However, doing this might be very difficult and could cause an artistic challenge if not done charmingly. In a case whereby a singer sings and either hurries or slow down the beat of the song, with recourse to the rhythm, must in the course of the performance look for a way to return the time in the course of that performance, so as to sustain the phrase rhythm and ensure the aesthetic balance of the music as a whole with respect to time.

Lastly, it must be noted that Sinatra was cognizant of the appropriate way of pronouncing the letters with the lines. More fundamentally, he is always careful and avoids wrapping his voice around the letter ‘r’ that is still perceived hard. Wrapping your voice around these hard ‘r’ can be detrimental, as this could make your voice go out of tune. 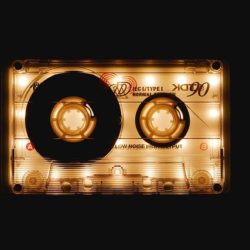 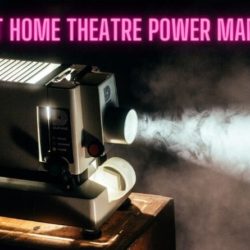 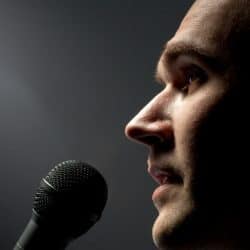 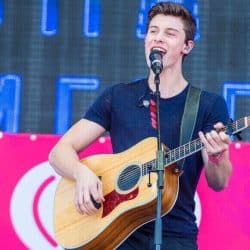