With the revolutionary development of Digital Audio Workstation (DAW) technology, creating music today has never been better for songwriters, composers, DJs, arrangers, sound engineers, and artists alike. This software program can effortlessly make instant music with just a few clicks of the finger.

In the past, there is a need for large consoles to be present in a studio for anyone to mix and match tones and patterns to achieve a specific sound. Today, musicians, especially sound engineers, are grateful for the availability of the DAW to the music production industry. However, while this technology can offer you convenience and flexibility in music creation. A laptop/computer and a DAW software are all you ever need to enable you to mix and mastering your music in most cost-effectively way.

Buyer’s Guide: Thing You Must Know Before Using DAW

The mixing or blending of audio tracks and transforming its quality to multi-channel formats can be done through a laptop-sized workstation. The same thing with the mastering process, which involves sequencing as well as transitioning of the final outcome for fast distribution. With a wide variety of options in the market today, there is a need to know what the necessary tools a musician should have when setting up a Digital Audio Workstation or DAW.

Some workstations are equipped to handle all types of recording, mixing, and mastering that a track should need. Some DAWs are limited to the essential tools for simple transitions and sequence applications. For beginners, the details could be overwhelming, and to most experienced musicians, the variety of choices are time-consuming to explore.

This guide has picked some of the best digital audio workstations and scrutinized each DAW to help musicians decide which one is best to fit their mixing and mastering needs. Popular DAWs released by Cubase, Logic Pro, and Pro Tools are exemplary programs but may lack some features that musicians and sound engineers would want to have in their workstations. Some of these DAWs may offer the same features but not necessarily in the same function or manner.

Here’s a concise but in-depth assessment of some of the top Digital Audio Workstations.

This is highly regarded by many professional musicians as the industry’s standard when it comes to mixing and mastering audio tracks. There is a free version called ProTools/First for those who want to explore what it can do for your music, which is perfect for beginners, but if one should require it for a music-film post-production that most major studios use, one can upgrade to the Pro Tools/Ultimate.

This Pro Tools/Ultimate digital audio workstation is configured for both Mac and PC users. It offers an easy-to-use window interface with no intimidating or complex controls to be wary of. Jumping through different features will not be time-consuming to learn. Going back and forth with updates while on playback is permissible without the fear of interruption or losing overlapped clips during layered editing. Operating with a 64-bit engine would mean it can process huge sessions of track mixing and mastering from mono to 7.1 Surround sound. There is a wide variety of amazing effects and plugins, as well as 1,024 MIDI tracks. It also offers 50% more voices up to 384 audio tracks.

Add to that the Avid Cloud Collaboration feature, which can integrate with other musicians wherever they are and be a part of the Avid marketplace and community where sharing, promoting, and selling are allowed.

By far, Studio One Pro is the best all-in-one mixing and mastering DAW among the other DAWs available in the market today.

Before the Studio One Pro was available, musicians who were looking for the best digital audio workstation started with the free version Presonus released in 2009. However, with limited features, it is not enough for professional musicians and sound engineers. Studio 4 version today has encompassed previous features along with upgraded tools and additional functional capabilities optimized for mixing and mastering tracks.

Instead of just a typical software designed fully for mastering, Presonus developed a DAW that has all the mixing and mastering tools that a sound engineer would need from different programs. It is a smart decision as it offers something uniquely different when compared to other digital audio workstations in the market today.

It has a drag-and-drop functionality in a single-window workspace that has the best of both traditional recording studio and innovative modern loop sound production. Attributes are easily defined through different groups such as Edit Groups and Mix Groups. Jumping through different functions is so effortless that temporarily suspending items as an individual function or as a group can be done with just a few clicks. Having the Input Channel mixer section is also a great way to customize mixer channels even when your own hardware doesn’t necessarily have this feature. Upgraded metering options and additional tools for the mastering process are a welcome advantage over different DAWs.

You can import and export data from other workstations. It can easily integrate through its dedicated Cloud services, where one can swap files, presets, and effects through the PreSonus Exchange community. 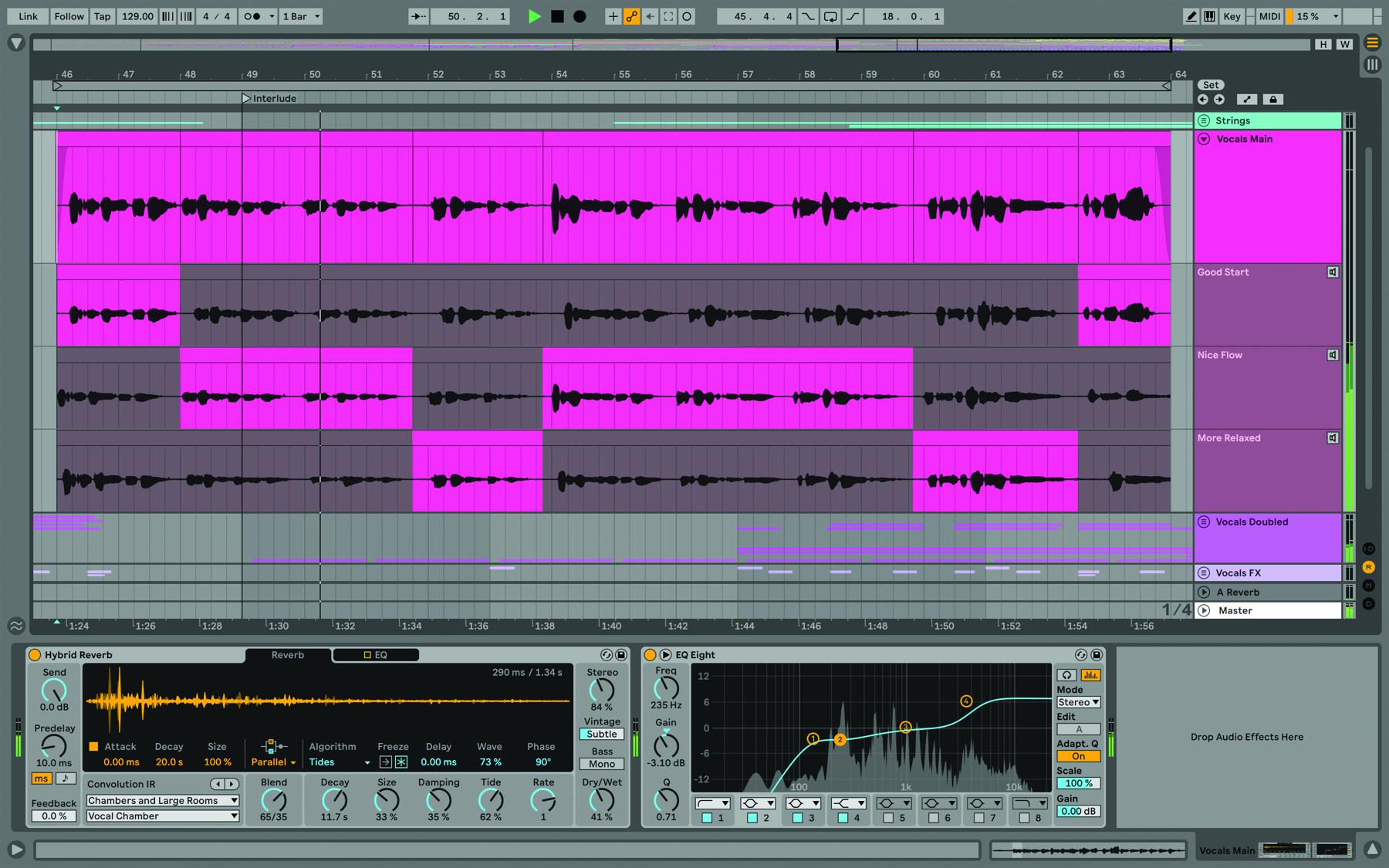 When the first version was released in 2001 up to the most recent upgrade, it was and still the go-to DAW for musicians during live performances, particularly that of DJ’s. Since it is the preferred digital audio station of musicians during live musical events, most people asked if it can be used for mixing and mastering. The answer is yes. Some of its features and functions are at par with other known DAWs. Based on my experience, Ableton Live Daw is more emphasis on the mixing functionality with basic mastering features.

It is important to remember that some tracks can be transformed into a unique sound not highly dependent on the kind of digital audio workstation that works with it. Still, it has a lot to do also with the mixing process ingenuity of the musician.

While Ableton Live is a digital audio workstation that is highly optimized for real-time music production, the program particularly that of Ableton Live 10 Suite has enough tools to edit and add more effects on any audio that was layered with loop/riff arrangement after it was recorded. Everything is still available on the timeline and can be manipulated with the standard linear Session View feature. It also offers a massive library of effects with virtual sounds of several instruments and synths. This DAW has a standalone VST and AU format, which are configured for both Mac and PC users.

Image Line has been developing and releasing music tools since 1994 with its FruityLoops, a step sequencer, and piano roll. Still, no one was taking them seriously, even if what they were offering was a quality music production package. Today, it is known as The FL Studio, and it has an impressive daily average of around 30,000 downloads.

On its 20th anniversary, it has come up with Image Line FL Studio 20 Fruity Edition. It offers a generously-packed digital audio workstation where it has virtual 11 synths to create different instrumentation from traditional to the recent flows with impressive quality sound to choose from. There is a complete MIDI production feature where the flexible loop-creation tools can be explored to manipulate the tracks up to 8 different effects such as chorus, delay, distortion, EQ, flanging, filtering, reverb, and vocoding.

This DAW has instrument and generator plugins for both automation and sample playback/manipulation for easy mixing and mastering. This software uses 64-bit with VST2, VST3, and AU formats. It can be used with Mac with OS requirement of 10.13.6 or later version and PC with OS requirement of Windows 8.1 or later version. With all the upgraded features of the first version of FL Studio, this digital workstation has a very competitive price range.

Choosing from a plethora of digital audio workstations from different reputable developers can be a daunting task. However, it is best to know your requirements first so you can match them with the features of the best DAWs available in the market today. The cost will come into play after exploring the pro’s and con’s of each workstation.