Being so much of an idol, there are many people who adore Ariana Grande. And today I’ll teach you how to sing like Ariana Grande. When talking of popular music sensations, you might not be forgiven if you don’t mention Ariana Grande. The singer’s beautiful and remarkable voice has made most people in the music industry and many singers just want to be able to sing like her. For those who may want to disagree, I bet you will change your mind the moment you watch Ariana’s Videos on YouTube, both the musical ones and those that are centered on her life.

Ariana Grande started singing from an early age on, imitating her idols. While growing up, she listened carefully to singers she liked. From her way of singing, it’s clear that Mariah Carey and Whitney Houston had a significant influence on her. Her capabilities are limited not only to imitating them, but she also has a wide natural octave range to do that. Some people are better at octave range than others. This range is the difference between the highest and lowest frequency that one can sing clearly. One can work at octave range up to some extent but if one has a been gifted with a full octave range like Ariana Grande and also a pleasant ‘timbre‘ then one has the basis to become a great singer.

Ariana’s music journey started way back on Broadway as a child actor. She then went ahead to feature in other popular shows like ‘Victorious‘ and ‘Sam and Cat‘. Her notoriety has put her in the position she currently holds. Owning a double platinum studio album is one of her greatest achievements. Her falsetto vocal range and four-octave soprano make her stand out among other musicians. Emulating her vocal range sounds like something impossible to do, especially if you are just getting into music. However, those who would like to give it a try can sound a little more like her with a lot of practice.

Let us explore the every aspect of her singing techniques she used while singing so that you can sing like her quickly.

Ariana Grande and Mariah Carey have striking similarities in their vocal range; they can both do four-octave and semitone soprano. This is evident in Grande’s song ‘Yours Truly” (2013) debut album. Other aspects that closely relate these two artists include musical material and sound.

Ariana Grande’s vocals can enable her to mimic the voices and tones of their popular celebrities like Celine Dion, Christina Aguilera, and Britney Spears.

Sadly, every musician has a weakness and Ariana Grande’s is her uncontrolled whistle register that comes as a result of her mixed belts. She went ahead to do a brave thing by confirming this. Other weaknesses in her vocals include:

This greatly adds up character and depth to voice. It is meant to be high pitched, in a soft and quiet voice. It can be related to the voice of a singing child. In practice, the tune of an ambulance or siren should be used. Avoiding cracking notes while releasing an ‘ahh‘ sound is a perfect way to practice. Try to sing it to the highest note you can achieve and back to the lower notes progressively. Ariana Grande’s falsetto is best described as sweet, light and bright up to Eb6.

This type of tone is very piercing. Ariana Grande has the ability to sing vocal runs in such a register of polyphonic tones (without disconnected tones) in the whistles. Proper warm ups work best during practice since it involves hitting very high notes that not every amateur singer can do. That’s what Mariah Carey used most of the time while singing. In ‘Right there‘, Ariana Grande has been heard singing whistle tones.

Vocal range tunes can be increased when your mouth opens to yawn. This process involves the raising of the soft palate that is located at the back of the mouth roof. This allows for adequate projection of voice without blocking the air flow.

Ariana Grande achieves her belts through mixing. This is when she begins her songs quietly before building up to full power. Her belts stretch up to Bb5’s without any problem. Rolling vibrato voice can be heard while she belts up to G#5 and as low as Bb3. Ariana Grande can stay in the soprano tessitura for longer periods. This can be observed in her live performance while singing “Focus” and “Dangerous Woman.”

Thus, to sing like Arian Grande. You should start the songs in soft and quite manner and then utilize the mix belting technique properly while singing the chorus to express the emotion of the song.

Riffing is vocal improvisation technique where a singer makes a series of small changes in the song’s melody to enhance his/her musical expression.

This process involves starting on a single note before hitting several others in a short period of time. This is evident in most of Ariana Grande’s songs.  You have to get yourself familiar with the style how Ariana Grande is always riff in her songs.

She has incorporated sultry and hushed tones near the bottom of her range, then she glides to a powerful mixed belt, and at the top of her range she tops it all off with almost piercing notes.

Mostly would-be divas play it safe not experimenting much. They are comfortable in the belt zone as the sound is impressive and powerful, and one does not need to worry about the techniques desired by changing registers. By understanding these techniques, Grande had made her singing much more interesting.

Through the use of vocal runs, she takes up her singing up a notch. Thus, the vocal run techniques that used by Ariana grande is one of the important thing you should master as well.

Vocal runs are associated with the biggest divas in the industry. These are fast-moving melodic lines. Beyonce, Aretha, Mariah, and Christina are experts of this fancy vocal footwork.

And Grande now falls in that category as well.

The natural color of one’s voice is known as timbre. One has it either by birth, or you simply don’t have it. Some people, like Grande, are more than capable of singing in tune, but if one does not have a timbre, which is pleasant to people’s ear, then it will not be pleasing to hear irrespective of one’s singing technique. 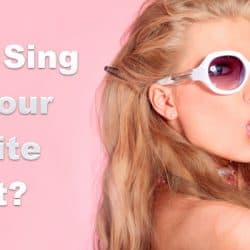 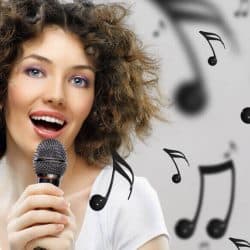 How To Choose Songs For Beginner Singers (Female) 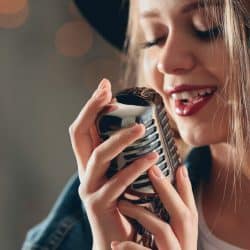 How to Sing Better as a Female Singer? 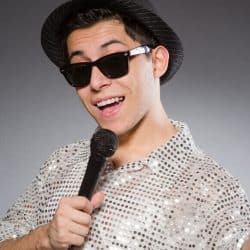 Does Singing Change or Improve Your Speaking Voice?