Vocal range chart is the chart showing the range of the human vocal. The vocal range can be classified in between the highest and lowest pitches that human can produce.

However, in the layman explanation, according to the vocal ranges chart above. The vocal range is merely the span between the highest to lowest notes.

What is Vocal Range?

The role of vocal range in classifying different singing voices to voice types is considered so important. However, there are times when these 2 terms are being confused with each other. The term “voice type” refers to a specific type of singing voice that has identifying characteristics or qualities.

Vocal range is considered only one of those qualities. There are many other factors included such as vocal weight, vocal registration, scientific testing, speech level, physical characteristics, vocal transition, vocal timbre, and vocal tessitura. A combination of all these factors is utilized to determine a singer’s voice, and categorize it into a specific type of voice type.

The voices of women are divided into 3 categories: soprano, contralto, and mezzo-soprano. In the case of men, their voices are typically categorized into 4 groups: tenor, countertenor, bass, and baritone. When it comes to the pre-pubescent children’s voices, treble, and 8th term is usually applied.

In each of these main categories, several sub-categories are present that serve to identify particular voice qualities such as vocal weight and coloratura facility to differentiate various types of voices. The irony is that the vocal range itself has no ability to identify the voice type of a singer.

Each voice type is known to possess a general voice range that is associated with it. Singing voices may cover vocal ranges that have only 1 voice type, or they fall between the common ranges of 2 voice types. In this case, voice teachers use only vocal range as a factor in categorizing a singer’s voice.

Finding The Tessitura Voice Within Your Range

Tessitura refers to where your voice is comfortable when singing. It is considered more important than the vocal range in determining the voice classification. Another more important factor is vocal timbre, described as the descriptive sound of your singing voice. As an example, a woman can have a type of vocal range that can reach the high pitch of a mezzo-soprano.

Accordingly, she can also sing the low notes of a soprano. Therefore, a voice teacher would try to determine if a singer is more comfortable singing higher or lower notes. Let’s say that you are more comfortable to sing higher notes, then, your teacher may classify you as a soprano.

On the other hand, if you were more comfortable singing lower notes, then, you would probably be classified as a mezzo-soprano. However, a voice teacher would not put a singer into a classification of more than 1voice type, regardless of his/her size of vocal range.

You can learn more about Tessitura voice and vocal classification in this article: How to Find Your Tessitura Voice?

How to Find Your Vocal Range?

You can identify your lowest vocal range and highest vocal range you can hit by following the guide in this video below. Listen to the note and sing it along, let’s see what is the highest note you are able to sing…

Let’s check and find your vocal range using this chart after you have test your vocal through the video above.

It’s to give you some ideas on how the vocal range works. As a singer, you are will be able to perform any song more soulfully and powerful if you have a wider vocal range to handle different octaves and registers efficiently.

In general, vocal pedagogues generally make use of five key voice qualities when classifying human voice. These qualities are the vocal range, vocal weight, timbre or tone quality, tessitura, and passaggio. The correct classification of a human voice is necessary because if you misclassify a voice, chances are, you may damage the voice in the long run instead of developing that voice to full fruition. Here are the five key voice qualities for voice classifications:

In addition to these key voice qualities used in classifying singers, some vocal teachers consider other factors like speech level or the vocal register. The vocal register is a natural tone of the voice that emanates from vibratory patterns of the vocal cords in the larynx. There are four vocal registry types, namely:

A. Understanding The Major Classifications of Female Voices

1. Soprano—The highest singing voice that lies from middle C4 to high C6. It is divided into five sub-categories according to the vocal range, timbre, weight, and voice dexterity and these subcategories are the coloratura soprano, soubrette, dramatic, spinto, and lyric soprano.

2. Mezzo-soprano—The middle-range of the female singing voice that sits between the soprano and contralto singing voice. This voice range lies between A3 to A5 but may go as low as F3 or as high as C6.

3. Contralto—The contralto is the lowest tessitura of the female singing voice with a vocal range that starts from D3 to B♭5. A contralto that can extend her voice up to C6 is called a Soprano Sfogato.

B. Understanding The Major Classifications of Male Voices

1. Countertenor—The countertenor is the highest male singing voice range that stretches from E3 to E5. Countertenors usually sing their high notes in falsetto vocal register and sing the lower notes in modal voice.

2. Tenor—This is the highest male singing voice using modal voice register only. The tenor voice range spans two octaves from C3 to C5 but can extend either down or up at B♭2 and F5 respectively. Like the other categories, the tenor is also subdivided into subcategories according to the voice qualities already mentioned above.

3. Baritone—This is the midrange of the male voice, and it spans A2 to A4 with an extension down to F2 of up to C5.

4. Bass—This is the lowest singing voice range that occupies the keys between E2 to E4.

1. Treble—This high vocal range singing voice is appropriate for boys and girls before pubescence. It lies from A3 to A5 and is similar to the mezzo-soprano voice range. 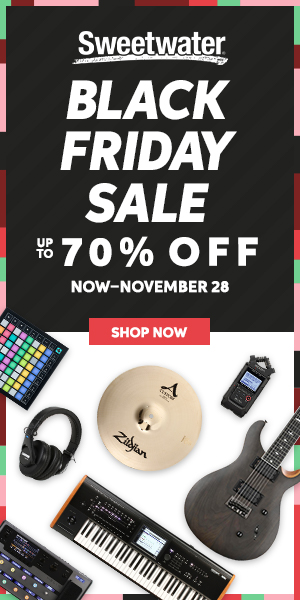