Headphones differ in various ways, such as shape, form, and type. This might make you feel disoriented while shopping for a headphone. Headphones have different features for different styles.

You will find reviews of some of the most popular and commonly bought headphones around that suitable for music producers, singers and musicians.

Types of Headphones Based on Feature and Style

These are the first versions of small earbuds produced by Walkman and iPods, which were so popular (if you were even born then).

These are classics; they don’t entirely go into your ear but stay at the entrance. They are an older form of headphones. Though they are still around but rare, the in-the-ear type is more popular.

There is still confusion on what to call them; most people feel they should be called something other than earbuds, which some group of persons feels is the most appropriate name for them. It is difficult to make a choice.

They are part of an era that is long gone (which is why they are called classics). Some brands still stick with this design but are way cheaper now and casually used. But it is relatively hard to find a proper earbud that works for an audiophile.

They allow you to remain aware of what is happening in your surroundings better than in-ear earphones; this is beneficial for runners to help safeguard them while on the streets or lonely paths.

The back of these headphones is completely sealed. This allows the sound direct access to the ear quite easily. This makes the sound they produce to sound unnatural.

On the other hand, they help in the blockage of background noises, which allows you to enjoy what you’re listening to. One of their disadvantages is that they completely block out every other sound leaving you unaware of your surroundings, which creates an unsafe environment and could lead to an accident. It is not advisable to wear them while driving.

These headphones have their backs open; they are the opposite of the closed-back headphones. These headphones have nothing between the outside and inside; some models have see-through features. They can easily be handled; on the other hand, the quality of the sound produced is not as imagined.

They are the opposite of their closed-back relatives. Nothing is blocking the driver and the outside. Different models allow you to see straight through the headphone, which can be quite cool.

They work both ways when it comes to sound, that is, they let you hear whatever you are playing, but you are also aware of your surroundings. They weigh less, which makes them portable and also has easy handling. They have a rather low quality of sound; this is because the background sound mixes with the sound being produced by the headphone. Because of this, it may not be suitable to be installed with equipment that is sensitive to sound since there is no buffer between the outside world and the audio output.

These are the modern-day headphones; they are made to be small, so they go all the way in the ear. They are usually wireless, meaning they are easy to carry and use at any time. But because they are inserted in your ear, sharing isn’t advised as it could pass along germs.

They are tiny and are non-invasive. Because of their size, they tend to take up little space and easy to carry around. They work great with applications that are on the go. They may have adverse effects on the eardrum if worn for an extended period; you should use them in moderation.

These are larger than the earbuds; they sit on top of the entire ear. They are smaller when compared to their classic counterparts; they reduce the amount of sound that leaks out, thus making them appropriate for the outdoors.

If they are worn for too long, you may feel some discomfort. When they are on, you are transformed into a world of sounds with no background interference. They are heavier to handle due to their size.

They are designed to cover the ears; they are also known as supra-aural.

These are also called in-ear monitors or canal phones. They are usually inserted in the ears; this sends sounds directly into your ears. Their sound quality isn’t astonishing when compared to others. Different people find them either comfortable or uncomfortable, depending on preference. They are small and portable.

They easily gather up dirt and can be transferred to another person if the earphones are shared, so it is advised not to share, so you do not spread germs.

These are often called circus-aural. They usually go around and over your ears, thus creating a tight enclosure, because of this you feel the bass as the sound plays. They are known for their sound stage, which is the largest.

If you enjoy listening to music for a long time, this is for you. They might not be comfortable to wear for an extended period because they cause you to sweat around your ears, and if it isn’t correctly padded, it may also cause some discomfort. They are pricier than most headphones, and it may also need an amplifier for proper usage.

These headphones are made to cancel out background noise, allowing you to hear only the foreground sound that has terrific sound quality; this is why they are called noise-canceling headphones. They use a lot of different techniques for soundproofing and the prevention of outside noises from interfering. This results in a clear and immersive experience.

They might be wonderful, but they make you oblivious to the real world, which may lead to an accident. As their name implies, they block off any outside sound and may create an unsafe environment; it is best not to wear them when on the go.

This headphone is entirely new to the market, not many audiophiles use it initially, but with time it seems to be gaining popularity over time.

The difference between this headphone and the rest is the technology it employs. Other headphones work by sending sound to your ear, but the bone conduction earphones send sounds through your bones.

The music reaches your ears by sending vibrations through your skull into your eardrums. Its sound quality isn’t top-notch, but it works quite great. Most people use them when working out since they are waterproof and quite fit.

Types of Headphones Based on Connectivity

These headphones can connect to your phone, streaming device, MP3 player, or any device that allows the use of a wire. Their benefits range from the exceptional quality of sound to the fact that they do not need batteries to work. These headphones are gamer’s number one choice because they do not worry about it dying when they are in the middle of a game.

One of the most common wired headphones is the 3.5mm AUX plug; it is often referred to as the headphone jack. It is versatile as it is compatible with most smartphones, MP3 players, tablets, laptops, radio, and any audio device.

While another one of this type is the 6.3mm plug, it is bigger than the 3.5mm is commonly used by DJ’s for their work headphones. It mostly connects to higher class audio systems and amplifiers.

An optical cable varies in uses; sometimes, it is used as a connector for headphones. It is not common in regular headphones.

These headphones have no wires but, instead, work through Bluetooth connection. This is very popular among the young generation because of how convenient it is. Though if there is more than one Bluetooth connection around, it could interfere with your signal. The sound quality is great.

They are made in different styles, and they factor from in-ear to on-ear to over-ear. They go well with outdoor and sports use because you don’t need a wire to connect to your phone or a music player. It allows for free movement since you can connect your headphones to your music player without any wires.

Bluetooth is generally used for most wireless headphones. Bluetooth digitally encodes audio and sends it over a short distance. Because Bluetooth is reliable, it has been trendy; inbuilt Bluetooth is usually featured on laptops and most of the new smartphones. It is quite easy to connect to headphones that are Bluetooth enabled. There are various forms of wireless technology; some have noise-canceling features. Different models have different battery life, make sure you check the battery life when making a purchase.

Even though they are called wireless headphones, they most times have a bit of wire, the earbuds which have left and right earbuds are still joined by a wire. The same goes for the true wireless earbuds; they come in separate pairs of wireless units; each ear has its own, thereby preventing tangles. Some of the low-profile models fit into your ear while others are hung on your ear for balance. Different models have varying battery sustainability. The true wireless model features a case that stores and charges your earbuds simultaneously. The charging hours are usually displayed in the product detail.

Now that you have read up on the different types of headphones, this would be the right time for you to acquire the best one. Get it now before the price shoots up while you are Dilly dialing.

As time goes on, there will be newer models coming out, seeing as these manufacturers never stop innovating. Make sure you always check this page out for more updates. 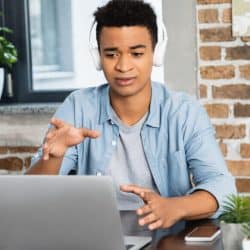 How To Fix Echo In Headphones 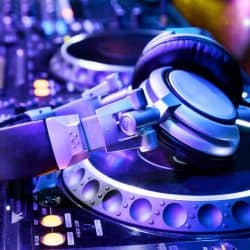 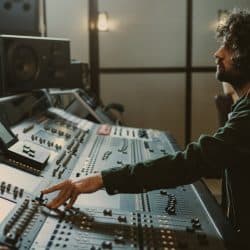 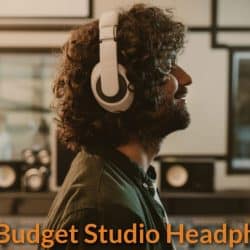 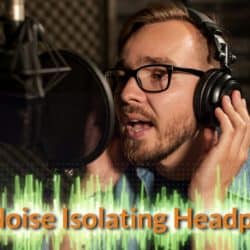