As you shop around for an audio interface, you will discover that most interfaces come with combo connectors for mic input channels. These input channels either accept 1/4″ line/instrument inputs or XLR mic cables, allowing you greater flexibility.

You will find most consumer-level interfaces come with a headphone out. This output lets you send whatever audio signal you have on your master channel of your DAW to your headphones. With this output, you can listen to your mix on your headphones.

When you are recording, you will need to turn down your monitors and rely heavily on the headphone output to prevent nasty feedback and weird echoes. This headphone output is also convenient for a vocalist who wants to hear his vocal track as well. In this way, he will feel confident in singing as you provide him with a rough mix of his voice with a bit of reverb and EQ. In such a case, you would need an audio interface that features two separate headphone outs to allow you to send a rough mix to the vocalist while you listen to the recording.

You will also see MIDI ins and out in your audio interface. These ins and outs let you send MIDI data onto and out of your computer. With these MIDI ins and outs, you enable your music-oriented hardware to convey or communicate with each hardware or device. For example, you can connect the digital piano MIDI to your audio interface’s MIDI Out, allowing you to send a command from the audio software on your PC that commands the digital piano to come up with a C flat.

The good thing about the MIDI port’s availability is that the MIDI sequence entails only several commands. Thus, when you record this sequence in your DAW, you can alter it entirely. The MIDI ports are also useful in connecting keyboard controllers, hardware control surfaces, and various equipment and devices.

You will also discover that most interfaces come with a monitor out setup. Most of them come with 1/4″ outputs for directly feeding onto the powered studio monitors or onto an amplifier and to the set of passive studio monitors.

You will see these monitor outputs at the back of the audio interface, and they are marked as a monitor or main out. They also come with a Left (L) and Right (R) to indicate where the left and right speaker lines should go.

You will even chance upon an audio interface that comes with RCA outputs on its rear part. An example of this audio interface is the Focusrite Scarlett Solo. These RCA outputs may come in handy for those who want to channel their sound to a standard home stereo setup.

The line-level inputs and outputs can indeed expand connectivity potential. Line-level inputs and outputs come in the form of 1/4″ TRS jacks or 1/4″ TS jacks. The 1/4″ measurement refers to the plug’s diameter, and TRS or TS refers to the kind of tips. TRS connections are preferred more often because they offer balanced connections for better rejection of noise and reduced ground hum.

The main usages of line outputs include its use for connecting a pair of studio monitors, sending a particular type of mix to the one you are trying to record, and for sending audio from your PC to some outside gear for eventual processing.

The SPDIF is almost the same as the line out, and it is only a special version of that output with a digital format. You will find some external gear or devices that come with these SPDIF ins and outs. You can channel a stereo pair from your interface via these outputs and vice versa.

You will also find some preamps and compressors that feature these SPDIF ins and outs. With the SPDIF, you gain another output tool that you can utilize to expand your music production setup.

You can convey the word clock out to other devices from the audio interface to keep everything in sync with what your audio interface is up to. You will find an external clock that is more precise than the gear’s reference source in a more extensive setup. This clock will put their timing in sync for a harmonious working of every gear.

These three components can be discussed altogether because they are basically the same, though they are referred to differently. With the ADAT, you can have additional audio channels for your setup. Moreover, with it, you can have line outputs through your interface. Similar to SPDIF, the ADAT is another type of digital audio format. The SPDIF, however, is constrained to sending stereo digital audio signals.

ADAT, on the other hand, can pass eight digital audio’s independent channels. Thus, the ADAT inputs and outputs are handy to an audio interface. With the ADAT input, you can purchase separate equipment that can bring in eight additional XLR mic inputs onto your computer.

You usually connect ADAT ports to the component, which is called Lightpipe expander. An ADAT Jack is a fiber optic cable that you can use to connect to ADAT lightpipe expanders. An example of the ADAT output can be seen in the Presonus DP88.

If you belong to those people who would like to add extra channels to your audio interface, you will find the ADAT outputs and inputs very useful.

1) How Many Inputs & Outputs Do My Audio Interface Need?

The number of outputs and inputs you should have on your audio interface should depend on what type of work you would like to engage in with the audio interface. For example, if you intend to record using many professional mics, you should consider using an audio interface with many XLR mic inputs. However, if you only want to record voice-overs for your video production, you won’t be needing multiple XLR inputs.

If you are engaged in deejaying with your computer, it is advisable to select an audio interface that comes with 4 line-level outputs, 2 for your stereo mix sending to the in-house sound system, and 2 for your privately cueing of songs. So, the number of outputs and inputs you would need on your audio interface basically boils down to your preference and needs.

2) How to Choose the Right I/O Configuration?

One of your primary considerations about I/O configuration should be the number of outputs and inputs of the audio interface when selecting an audio interface. It is a crucial consideration aside from the computer connectivity feature. Concerning audio interface I/O, you got many options at hand. Yet, your choice would surely depend on what you intend to record or what type of setup you want to create soon.

You can find two-channel desktop units, but you can also find systems with several hundreds of channels. Most audio interfaces feature two or more mic preamps. If you intend to use condenser mics, you should go for an interface that supplies phantom power.

If you plan to plug a guitar into your interface, you should ensure that your interface comes with instrument-level inputs. You should also carefully consider the line-level outputs and inputs if you intend to hook an outboard processor to your interface. These line-level I/Os are also useful for hooking up headphone amps and studio monitors.

You may feel that digital I/O might not be crucial to your setup as a beginner. Yet, as you become proficient with recording and as your setup needs expansion, you will find digital I/O unbelievably useful along the way.

If you have an audio interface that comes with ADAT I/O, you can quickly expand your setup or system with a mic preamp that comes with an ADAT-equipped eight-channel mic preamp. With these additional channels, you can transform your recording system into a rig that can accommodate a full-band setup.

The sheer number of audio interface’s brands and models may confuse you when you shop around for an audio interface for your home recording. Yet, if you know which features to look for and understand your needs, you can quickly zero in on the right interface.

One primary consideration in your choice would be the number of inputs and outputs the audio interface has. Thus, you need to know your needs so that you can choose wisely and rightly.

As mentioned above, it will be useful to go for an interface that would provide you enough headroom for your rig expansion, rather than buying an interface with the exact number of outputs and inputs you would need. 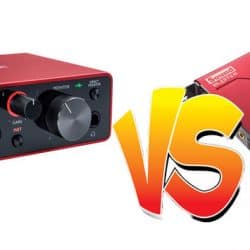 Audio Interface vs. Sound Card: The Differences You Should Know

Do I Need Audio Interface For Midi Keyboard? 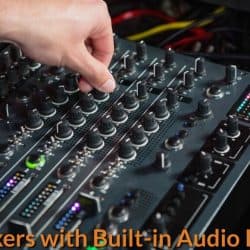 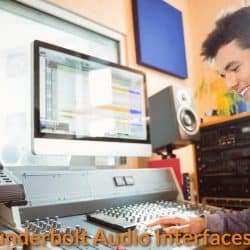