Jordin Sparks, the youngest winner of American Idol so far at the age of seventeen shot to fame by winning the sixth season of American Idol in 2006. Jordin Brianna Sparks and her younger brother Phillippi “PJ” Sparks Jr. were born to former NFL defensive back Phillippi Sparks and Jodi Weidmann Sparks in Phoenix, Arizona. Jordin, born on 22 December 1989 is now a popular  R&B/ pop singer, an actress, and a model.

Jordin was brought up in Ridgewood, New Jersey and did her schooling at Northwest Community Christian School in Phoenix till her eighth grade. She continued her schooling at Sandra Day O’Connor High school until she was fifteen and then started learning from home so that she could concentrate more on improving her music and singing talent.

Prior to auditioning for the American Idol Jordin Sparks already had to her credit awards from other talent shows such as Gospel Music Association Academy’s Overall Spotlight Award, Colgate Country Showdown,  Coca-Cola’s Rising Star,  America’s Most Talented Kids and 2006 Drug-Free AZ Superstar Search. She was called upon to sing the National Anthem at sporting events for Arizona Diamondbacks, Phoenix Suns, and Arizona Cardinals. In 2004 Jordin had the distinction of appearing with Alice Cooper and to tour with Christian contemporary singer Micheal W. Smith in 2006. The same year she was also one among the six winners of Phoenix Torrid search for the “Next Plus Size model”.

Jordin Sparks released her self titled debut album in 2007 which became a platinum seller and sold over 2 million copies across the world. Her single, named “No Air” which has sold over four million digital copies is so far the top most selling single by any American Idol contestant.  The runaway success of her album and its four top twenty singles earned her further awards and nominations. In 2008 she received the American Music Award followed by a Grammy nomination in the year 2009.

In July 2009 Sparks released her second album “Battlefield” which successfully debuted at slot number seven in the U. S. and that was three slots higher than her first album. The lead single of the album titled “Battlefield” reached the top ten on the Billboard Hot 100. Thus she has three top ten singles and five consecutive top twenty singles making her the only contestant to have achieved this record in the Billboard Hot 100.   Her album “Battlefield” has already sold over two million copies across the world and her singles have sold over nine million copies across the world making her the runaway success among the American Idol winners so far. The second single in the album “Battlefield” named “S.O.S. (Let the Music Play)” reached the top in U. S. Billboard Hot Dance Club Play and that was her first single song to reach the U.S. number one slot.    Jordin Sparks continues her success story with her beautiful singing voice by making her debut in Broadway in the year 2010 and has starred as Nina Rosario in the Tony Award-winning Broadway musical “In the Heights”.

She possesses a firm and comfortable tone in all parts of her voice throughout along with the sound staying clear and unadulterated. Jordin Sparks has a solid chest voice which is conveyable with or without a slight vibrato.

Although the voice is noteworthy in general it does not have any unique style or sound which could make it effortlessly distinguishable.

What Happened To Her Voice?

Jordin Sparks became the “American Idol Champion” in the year 2007. He was diagnosed that she has acute vocal fold hemorrhage.

The American Idol champion and the powerhouse vocalist Jordin Spark struggled hard throughout her career for success.

In 2007, at the age of only 17, she became the youngest champion in American Idol history. When she was excelling in her singing profession, a sudden break came in her career because of the acute vocal fold hemorrhage.
Fans held up with bedeviled breath while news spread, asking Is Sparks going to sing again? Was the Idol star going to lose her triumphant voice?

“It’s unquestionably insane,” Sparks was cited as saying. “After my American Idol adventure, recording my debut collection or album and completing a great deal of promo, unexpectedly something went wrong. I did not comprehend about it.

In the wake of weeping to resolve the problem, I visited a specialist, and the doctor told me that you genuinely shouldn’t sing anymore at this point.

This was incredible destiny for her, with Sparks fantasies of a beautiful singing professional career which was near the edge of turning into a reality.

Various crooners, including Aerosmith lead artist Steven Tyler, Jessica Simpson the pop princess, Elton John, and people artist Art Garfunkel had frozen their professional activities temporarily because of the vocal wounds, and then again they resumed their career after recovery.

Sparks was intimated that she has an acute vocal fold injury.

What is an acute vocal Fold Hemorrhage

According to research in the Bastian Voice Institute (Chicago ) the vocal Fold Hemorrhage can be defined as, the condition in which vocal folds are tantamount to a flickering lips pair that vibrates against each other when singing, and these are situated inside the voice box or larynx. This instrument is made of two things: the first one is the mucosa and the second one is the small vessels. The mucosa is defined as the surface tissues present in the folds.

Due to vigorous vibration caused by over-singing or excessive use of voice, any small vessel can be ruptured; blood spills out and can wound the mucosa. Hence it causes the vocal fold hemorrhage. And his could happen to anyone because of outrageous vocal injury or trauma.

The majority of these wounding repairs on its own, in a short time with vocal rest. In many other cases, a singer can do a delicate after seven days of vocal trauma. The singer can sing gently only if voice clarity and range returns to normal.

On the off chance that this polyp continues, maybe it ought to be removed by surgery. 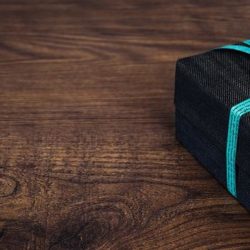 15 Best Gifts for Musicians in Budget 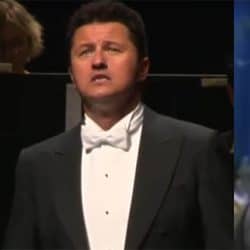