Sometimes, being the best at something is not the only way to make your mark in history. All you need to do is make the right people happy with your gifts (irrespective of your skill level). This is precisely what happened with several singers who were dismally tone-deaf but managed to win the people’s hearts and so remain famous today.

You see, there is little doubt that the music industry can be challenging to break into and remain relevant. But, when it comes down to, all it takes is giving your audience what they want.

More often than not, becoming renowned in the music world requires having exceptional talent and skill. You know, a perfect pitch and whatnot. But, in some cases, being the worst can also launch you into the spotlight and keep you there.

However, such instances are few and far between. We don’t recommend trying to suck at singing to become famous.

Nonetheless, we’ve had many singers who sounded ear-splittingly bad at some points in history but managed to enter stardom. Confidence may, indeed, be contagious. So, in the next few paragraphs, we will explore some musicians that became quite famous for their astonishingly tone-deaf performances.

Florence F. Jenkins was a rich socialite that lived between the 19th and 20th century. Interestingly, she already knew she wanted to become a musician since she was a little girl but was considering a career as a pianist. Sadly, that dream had to end when she sustained a severe injury.

However, Jenkins would not give up without a fight. She switched interests to the opera scene, despite her friends and family trying to discourage her, and fight she did!

Unfortunately, Florence Jenkins was a considerably less skilled singer than she was a pianist. She quickly gained some notoriety for her dismal singing performances. Indeed, several doctors thought that her rather poor singing was because she couldn’t hear herself perform.

But, despite the sea of negative reviews, Florence F. Jenkins did not throw in the towel.

Indeed, some people even became fanatic about the singer. Several years later, when she was 76, Florence Jenkins sold out the Carnegie Hall in New York City! That is not all. Her life also became the central theme of a 2016 film that starred Meryl Streep.

If anything, you have to admire the guts and confidence that Jenkins had!

In the early 1990s, Naomi Campbell was famous as a top supermodel. Then, she decided that she wanted to explore music. In 1994, she released her debut and only album, Baby Woman. However, unlike her modeling career, Naomi Campbell’s album flopped in both the US and the UK.

Many critics strongly affirmed that the supermodel was a tone-deaf sing with no singing talent. Indeed, many even said that she was merely taking advantage of her fame as a model.

Interestingly, although Naomi Campbell’s album failed on the western music scene, it became a hit in Japan for a reason nobody knows. The supermodel then went on to sell millions of albums, thereby earning herself a spot on this list.

Often, many people become conflicted when they have to talk about Paris Hilton’s music career. You see, while Hilton’s career as a musician lasted a relatively short while, she came under heavy fire from critics during that time.

In 2006, Paris Hilton released her only album, Paris, and it wasn’t well-received. Many music enthusiasts believed that the songs on the album had lyrics that were too superficial, and she was only in music for the money. Her ‘poor performance style’ also did not do very much to help her image.

However, although ‘Paris’ was not a critical success, it did moderately well on the charts. Indeed, it peaked at number 24 on the ARIA music charts and sold almost a million copies. Besides, some of her songs, such as ‘Stars Are Blind’, have remained relatively popular today.

James Franco is the famous and successful actors in Hollywood today. Maybe, he should have stayed there. But, well, did not.

In 2012, James Franco decided to explore his musical disposition as a professional (many of his fans wish he didn’t). He formed a musical duo, Daddy, with Tim O’keefe, and they released two records together.

It received less than an enthusiastic welcome from critics.

Indeed, some critics went as far as to call the duo’s E.P, MotorCity, ‘a timeless tribute to Motown that’s just shy of unlistenable’. However, the due were relentless. A few years later, in 2016, they released a follow-up album. Fortunately, this album did a little better in the critic circles.

However, one thing is clear, James Franco’s film career will continue to be significantly more successful than his music one.

William Hung had a short-lived but decidedly very colorful musical career. In 2004, when American Idol was at some of its most popular periods, William Hung auditioned with the song, ‘She Bangs’ by Ricky Martin. However, he had no prior singing training or experience and was practically tone-deaf. Needless to say, the judges rejected him.

However, his talentless singing audition video went viral, and he quickly entered the spotlights.

Somewhat unbelievably, some record labels even approached him, and he got to make three albums, which is quite an achievement. But, it continues. William Hung received several invites to popular events and shows, including Ellen. This increased his fame as his tone-deaf singing was hilarious and a hit amongst fans.

Furthermore, the fortunate William Hung went on to sing at many local events, baseball games and even became the Artichoke King at one local festival. He even got an invite back to American Idol to sing a song that Ricky Martin sang.

However, his fame was not to last forever. William Hung now works as a government employee and lives comfortably. But, he did have his fair share of fun in the spotlight.

Elva Ruby Miller is one of few singers who never dreamed or try to become a mainstream success. She did her singing as an amateur, recorded her music, and donated to hospitals and children. Indeed, singing was only a hobby and a means of goodwill for her.

However, that all changed when a radio station DJ found one of her recorded songs. He then played it on the radio multiple times, and the listeners loved it. Soon enough, many people started requesting Mrs. Miller’s song, and so she became famous.

However, she wasn’t the best of singers – tone-deaf, even.

But, that did not stop Elva Ruby Miller from releasing her debut album, Mrs. Miller’s Greatest Hits. Surprisingly, the album peaked at number 15 on the US charts and sold several hundred thousand copies.

Wing is another amateur singer that more or less stumbled her way to stardom. She was born in Hong Kong but moved to New Zealand as an adult. It was there that she began singing as an amateur in hospitals and nursing homes.

She quickly became a hit at the places she sang as she had a one-of-a-kind minimalist and endearing performance styles. Her fans then encouraged her to record a CD, and that was it!

Wing grew to become an internet sensation and started appearing on shows worldwide. She even featured in an episode of South Park. However, despite her prolific career, especially with her song covers, Wing announced her retirement from music in 2015. Many still hope she makes a comeback.

Finally, on our list of famous tone-deaf musicians, we have The Shaggs. This band, comprising of four sisters, Betty, Dot, Rachel, and Helen Wiggin, were quite infamous and earned themselves the title of the ‘world’s worst band,’ amongst others.

The foursome formed the band after several palmreading predictions came to pass for their fathers. However, they had no musical training, or even talent, to speak of. Still, their father’s system of patriarchy saw that they wrote and recorded several songs.

The only record they released, Philosophy of the World, came under heavy critical fire for its poor lyrics and performance. However, it somehow evolved into an underground hit amongst several musicians.

In the ‘80s, The Shaggs’ record underwent a rediscovery and another release to mainstream audiences. Indeed, many say that the music record became a favorite of Nirvana’s critic, Kurt Cobain and Rolling Stone’s Lester Bangs.

In 2017, The Shaggs sisters reunited for a one-off show and established their legacy. Today, they remain relatively famous. However, this is partly due to a quote from famous American singer Frank Zappa when he described them as being ‘better than The Beatles’. 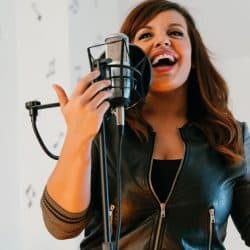 How To Sing In Key For Beginners 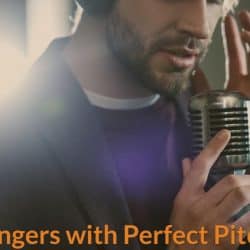 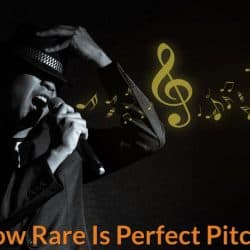 How Rare Is Perfect Pitch? 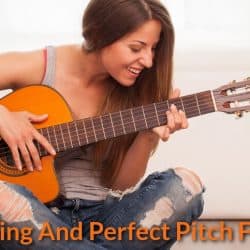 How to Sing in Perfect Pitch without a Reference Note