Type of Voice: Mezzo-soprano
Range of Voice: 3.1 octaves, approximately B2- C6
Whistle Register: None
Longest Note that can be Hit: 14 seconds including live ‘Flaws’
Additional Vocal Assets: Has amazing vocal dexterity and flexibility that enables her to pin-point fast and accurate melisma without difficulty. Her chest voice shows clarity, smoothness, and elasticity.

This singer is able to hit notes higher than D5 without any sign of breaking the tone of her voice. Moreover, she is very relaxed and brilliant in mixing her chest voice and head voice.

Her head voice is even bright, rich and resonant having a warm timbre and smooth texture.

Overall Rating: A technical singer who has stunning vibrato and control.
Vocal Negative Features: Voice can become too sharp when belting higher notes with less amount of vibrato.

I am sure any music lover worth his salt will know who Beyonce, American female pop singer is. I mean she is that famous be it as a singer of pop/R&B, as a fashion designer, songwriter, actress et al. Beyonce Giselle Knowles known just as Beyonce was born on 14 September 1981 and was brought up in Houston, Texas and trained in different performing art schools and got exposure in singing and dancing during her childhood. As part of Destiny’s Child, an R&B female band which is one among the music world’s best selling female bands she became an acclaimed artist in the 1990’s as its lead singer.

In the year 2003 Beyonce released her solo album named Dangerously in Love which was one the most successful chartbuster album that year with the “Crazy in Love” and “Baby Boy” numbers. She was awarded five Grammy awards that year. In the year 2005, the female band broke up and in 2006 Beyonce released the album B’Day which again hit the charts with numbers such as “Deja Vu”, “Beautiful Liar” and “Irreplaceable”. Solo album number three “I Am ….Sasha Fierce” including songs “Single Ladies (Put a Ring on It)” and “At Last” was released in 2008 November and she received a record-breaking six Grammy awards making her the most honored artist by Grammys, With thirteen awards as a solo artist and three awards as the lead singer of “Destiny’s Child”. Beyonce American female pop singer stands third among most honored female artists.

In the year 2001, her career as an actor took off with a musical movie Carmen A Hip Hopera.  Followed in 2006 by a lead role in a film which was an adaptation of “Dreamgirls” a 1981 Broadway musical. For this role, Beyonce got two nominations for the Golden Globe awards for Best Actress and Best original song “Listen”. In 2004 Beyonce Knowles launched her family fashion line  Deréon and was invited to endorse famous brands such as Tommy Hilfiger, L’Oreal. Pepsi, Armani, etc.

Beyonce was ranked as the second most influential and powerful celebrity and musician in the world by Forbes and BET and she was listed among the “100 Most Influential People in the World” by Times. Beyonce is also listed at the 52 rank on the VH1’s list of 100 greatest artists of all time.

Beyonce Knowles has the distinction of being the only artist who has all her albums receive Grammy awards.  For solo performance, she got 5 Billboard Hot 100 number one singles and 4 as member of Destiny’s child. Her albums have sold over 11. 2 million copies and almost 25 millions singles. Columbia Records’ statistical study says that together with her sales record is over 130 million. Beyonce American female pop singer is the best female artist of the 2000s according to Billboard and she is rated as the topmost radio artist too. In February 2010  RIAA lists her as the top certified artist of the decade.

According to Eye Weekly, there is no doubt that she is amongst the best pop singers still living. Nevertheless, even though her singing can be judicious, its effect in total can be compared to hitting the head with a velvet-gloved fist.

Beyonce’s music is regarded as being predominantly contemporary R&B, although it incorporates soul, funk, pop, and dance-pop. Even though she releases exclusively English songs, Beyonce recorded Spanish records that were released again in her second album B’Day. At the time, Destiny’s child had recorded a song in Spanish and had gained several responses from their Latin fans. When she was still young Knowles learned Spanish in school but today she can only say a few words. Before she recorded the Spanish songs for the new B’Day version, she was coached on phonetics by Rudy Perez, the American producer and this has enabled her to maintain her impressive Beyonce singing voice.

The public has seen in Sirius show when Howard Stern alleged on-air that the unedited live performance of Beyoncé through the “board mix” of “If I Were a Boy” shown on Today was totally a hoax. He claimed that a lot of famous singers utilize Auto-Tune to record their live performances; sort of airbrushing their voices.

He said that Beyoncé’s voice was so different based on the raw mix as compared to how she performed on-air in Today. In fact, the public was not only stunned, but their ears bled after Howard Stern cast on-air an alleged recording in the soundboard of Beyoncé’s screaming her way in “If I Were A Boy” on Today concert.

Controversial Performance: Singing “If I Were A Boy” (Video Suspected Been Altered)

This recording became widespread at an instant, with a lot of people accusing both Sasha Fierce and Beyoncé of being unpleasant live singers. The public was so furious and commented that both performers try to hide their real voices behind the pre-recording of tracks.

On the other hand, Matthew Knowles, Beyonce’s father, and manager defended that the tape was intentionally altered to make Beyoncé’s voice sound like a spirit. TMZ reported on air that they have already verified the case from the person who made the alteration on the soundboard tapes, and his response was something defensive.
He alleged that no celebrity would ever perform like that in a crazy mood where her reputation would be at stake. Nobody in her right mind would let herself be grilled by the public by sounding like that on a live performance because she knows that no one will ever cheer.

However, despite the defense and denials, every time that Beyonce tries to hit high notes, you’ll notice that the camera moves away from her, and focuses on the audience, as what the original Today broadcast show has aired. This is something suspicious according to many. 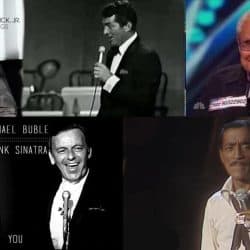 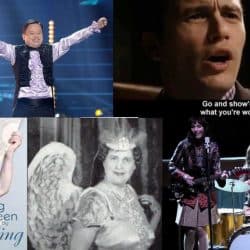