Starting your gig as a Disk Jockey (DJ) may not be a walk in the park as you would hope to be since the ability to begin mixing songs in tune requires talent and practice to make it on-stage with tones that will keep the audience vibing. Mixing sounds from different genres like house, blues, pop, rock, etc., you can grasp the question: How do they manage to keep the flow going on a party, concert, or even a high school dance?

A Record player is a single disc or record player that comes with an in-built speaker. This can either be seen with a horn sticking out (for vintage models) or simply connected via aux with its speakers attached to amplify the music. Record players have a tonearm with which you place their stylus on the record to play the music. Automatic record players give the convenience to the audiophile with a push of a button for it to lift its tonearm automatically and lower it perfectly on the spot on the record to play the record. Once the song is over, it automatically lifts the record back up.

This is a basic type of record player. If you want to know the whole DJ work by knowing your basics, you can start with this type. Manually setting up the record, do this by placing the tonearm and its stylus on the record. You also have to remove the record once the song is over if you want to transition from one song to another. Manual record players are less preferred by DJs nowadays since one of the drawbacks of using this equipment is it tends to scratch the record whenever you didn’t manage to place the stylus properly or, by mistake, nudge the tonearm while preparing for the next song, thereby damaging the sound quality.

The base, or the foundation of the turntable, is a smooth platform, usually made of heavy material like wood or, for quality purposes, with Sorbothane isolation. This material reduces the vibration and noise, increasing the sound quality your device produces. The base is an extension of your DJ hardware, preventing vibration and tremors made by speakers, which also protects the inner parts of your turntable.

Phono preamplifier, or a Photo Stage, is a piece of audio equipment that amplifies the electric signals from your turntables to your sound system and any audio source easily. The phono preamp converts phono output signals into aux or line-level signals for the sound systems you have attached to it the preamp to amplify its sound through speakers.

The phono preamp comes either separately, or sometimes the record player has it as a built-in component. The preamp comes in handy for boosting the turntable’s output level for the audio equipment to use. It converts from Phone to Line. It also makes the treble and bass sound in a manner intended by the artist. It does this by applying the RIAA EQ curve.

The plinth or chassis refers to the turntable’s body. Most of the audiophile’s turntables are wrought in wooden material that is referred to as MDF.

This is some platform that makes up the body of the turntable. Most turntables are made of a wood material called MDF or Medium Density Fiberboard. This helps lessen the vibrations that may affect the movement of the tonearm with the record being played.

Medium Density Fiberboard, or MDF, is used in turntable chassis and platters. It is a strong, hefty material, preferred more than metal because of its resistance to vibrations.

The turntable has basically two bearings. The first one is situated in the motor. This motor is at the spindle’s base. The second one is found at the tonearm’s base. These bearings should be of high quality so that they can perform well with less friction. For smoother performance, you should use Teflon bearings.

Every part of your turntable equipment to produce sound also makes noise and vibration within itself, and the turntable bearings or “slewing ring bearings”, make noise and influences other parts of the turntable. Though there are only two bearings in a turntable, they are designed in the standard thin section-bearing geometry, which has holes on the inner and outer rings for the parts to be easily mounted. The first is placed at the bottom of the spindle inside the motor, while the second is found at the base of the tonearm.

The stylus is positioned near the tip of the tonearm, and when placed, it sits on top of the record or disc. The stylus follows the pattern of grooves on the record, which contains the music data in the record. The phono cartridge does its job to translate the vibrations from those grooves to electrical energy to produce sounds. The stylus is simply put on the record player. The cartridge should not be bothered with the placing of the needle to prevent physical damage. The needle should be replaced when it wears out.

The platter refers to the circular base on which the record spins. The platter is made of different materials that include acrylic and metal.

This is where the record is placed and played on. You can determine the type of platter you are using by observing how the motor moves the platter. If it uses a belt, then it is a belt-drive, while a direct-drive platter sits directly on top of the motor; and an idler wheel, the oldest of the three types, uses a wheel with a rubber tire.

Direct drive is slower than both belt-drive and idler-wheel, though it produces less vibration.

They are usually preferred by DJs. High-quality direct-drive turntables offer precise pitch and perfectly peaceful backgrounds. The platter sits directly on top of the motor, which provides a considerable torque than the belt-drive because it moves at a slower pace of 45 rpm and, therefore, quieter. It can be easily manipulated to reach a designated speed quickly and less likely to be interrupted by the stylus or a mistouch by the DJ.

Belt-driven turntables are quite popular despite the release of direct drive turntables. The platter is connected to the motor by an elastic band, which is called the drive belt. The rotation by the material of the belt absorbs the vibration from the needle. This is considered a con for this type since it directly affects the playback by lessening its accuracy. The belt also adds the necessity of careful maintenance by replacing the belt since it tends to slip off the platter, also increasing the instances of scratching the record.

The oldest and least common model of turntables, this type includes the idler-wheel, pulley, and platter rim. It runs the same as the belt-drive, which also requires a rubber tire that surrounds the wheel and connects the motor to the platter. It became less popular with the release of direct drive turntables.

The part of the turntable that includes the cartridge and stylus as the DJ plays the record. If you’re going to tune-up your record player, this consists of managing to place the tonearm correctly and precisely on the record.

RPM or Revolutions Per Minute

RPM refers to the number of rotations that the record makes in exactly one (1) minute. Records differ per type of record. Vinyl records typically have three pre-sets–33 RPM, 45 RPM, and 78 RPM.

Speed Select button
This modifies the speed or RPM of the record on the platter. Adjusting the speed depends on your record. The Speed Select Button is a button of the turntable that you can change its rotation speed to the variations of 33rpm, 45rpm, and 78rpm per minute.

One type of turntable mat is the slipmat. It is generally wrought in felt. The reason for this is that between the record and the platter, friction always exists. Thus, this slipmat is necessary to reduce friction. DJs favor the use of the slipmat when engaging in scratching. They also like it because, with its use, they can easily adjust the rotational speed manually.

You can place two slipmats on the platter instead of relying solely on the thick rubber mat, which most turntables have. The thick mats, of course, are pretty much useless. Hence, it would help if you had two slipmats and a cut of wax-paper to achieve a better slip-effect. Just put the wax paper under your mats.

Turntables used by audiophiles make use of decoupling. Decoupling mechanisms are those mechanisms that are designed to readily interfere with each other. Each mechanism partners with each other to minimize the function of the other. A decoupling process happens between the motor and the tonearm of the turntable. Affixed to the plinth, the tonearm is a decoupling mechanism to the motor. The motor, on the other hand, is also connected to the plinth via a suspension system.

The cartridge is a vital part of your turntable, and fitting it according to the model of your device will help you in producing quality sound. A phono cartridge, to be precise, is a device, electro-mechanical in nature, that decodes the information engraved in the grooves as electrical signals, and those, in turn, are projected as music. There are different cartridges such as moving magnet or MM-type, standard or p-mount cartridge, ceramic, and moving coil. The two most popular are the Moving Coil (MC) and Moving Magnet (MM).

This cartridge makes use of a small iron piece that swivels between coils and magnets. This movement produces electricity. It partakes of the qualities of the coil cartridges and magnet. Yet, on several direct-drive turntables, it can produce a humming sound.

This cartridge makes use of metal coils that produce electricity. This type of cartridges makes excellent sound quality. Yet, these cartridges are more demanding of the playback system and the user. To make use of this cartridge, you must have on your phono preamp a moving coil setting.

This is the most common cartridge you will see. It makes use of minute magnets that are connected to the cantilever. It creates electrical signals. Moreover, it creates a higher voltage signal compared to moving coil cartridges. Most of these types of cartridges carry replaceable and removable stylus assemblies. These cartridges come at different prices. Moreover, they function well and are compatible with many tonearms and turntables. Hence, they are the most sought-after cartridges in the market today.

The majority of turntables feature extra shell weight. It would be best if you did not use this extra shell weight unless it is really needed. You can mount this extra weight on the van and headshell to provide that extra tracking force. Before you use this shell weight, you should add the shell weight and the weight that you have already placed in along with the Balance weight. Any additional weight closed to your stylus is not necessary and, therefore, unwanted.

The cueing lever is a small lever after the tonearm. You will never use this if you are a turntablist. The cueing lever is needed when you engage in your scratching routine. It enables you to switch easily between records without fucking up or damaging your needle. You need to engage in constant practice to master this process. Moreover, you must be able to pick up the needle and replace it on the cueing point without a hitch. 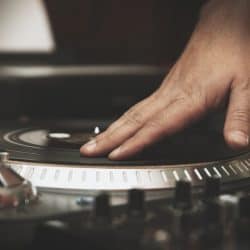 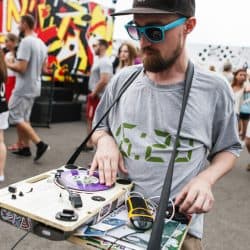 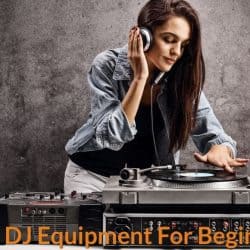 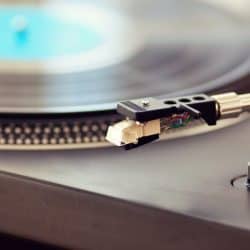 Is My Turntable MM or MC? 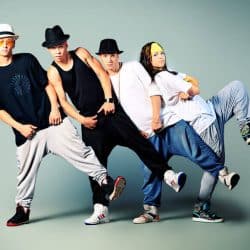