You are undoubtedly fascinated by the speed by which rappers enunciate their lyrics; but sometimes, you would seldom notice the effort and the preparation behind the creation of rap beats. Rapping, as a musical form, incorporates street vernacular, rhyme, and rhythmic speech. This rhythmic speech is usually chanted in various ways with accompanying backbeat or music. As a primary ingredient of hip-hop music, rapping is not really that easy, and it requires constant practice and the talent for rhythmic speech.

If you are not a rapper, you may think that the rapper is just babbling incoherent words; but behind those words is an art. Not all are gifted with the talent to engage in rap, but if you want to learn how to rap, here are some succinct tips on how you can acquire that facility and improve your rapping skill and talent to create rap music.

Steps On How To Make Rap Beats

1) Learn the Structural Forms of Rap

Music varies according to genres, and each of these genres has specific and patented forms. With hip-hop beats, however, its main characteristic is its syncopated kicks. Every other bar, it has a clap or snare. If you are the drummer, you would often play 16th notes with closed hi-hats while using offbeat open hi-hats. Rap music is usually backed up by the head-snapping kick, hi-hats, and snare. The placement of them is generally very consistent to produce the hip-hop sound. Although not an easy thing to do, these drum elements blend in a perfectly made rap song and typically create fantastic solid hip-hop sound.

Rap also follows a patented tempo that ranges between 80 to 120. The rate of the tempo varies based on the style and mood of the rapper and the song. Rap songs usually follow 16 bars (32 lines) pattern with the chorus that has 8 bars (16 lines).  It also sometimes sports a catchy melody to captivate the listening audience. Its bassline is very important and very much needed to create a solid song. The drum loop generally blends with the bassline and forms a highly integrated relationship with melody. You should take into consideration all these factors when writing a rap song.

Rap producers usually experiment on various kinds of sounds and instruments to produce useful loops. Dr. Dre, for example, makes use of orchestral hits while Timbaland utilizes ethnic instruments and synths. The use of various instruments and sounds indicate the moods and emotions of the song and create individual styles for each rapper. Hence, if you are a budding rapper, you need to experiment to create novel rap songs.

3) Make use of a Useful Digital Audio Workstation (DAW) Software

The very origin of DAW can go back to the consideration of hip-hop producers. In fact, DAW was first conceived with the hip-hop artists in mind. At present, DAW is used by all types of musical artists.

If you want to create your own rap music, you basically need to use DAW software. It is in fact your most important tool. It allows you to coordinate all hardware and software that you would be needing to come up with unique rap songs. With its use, you can inevitably produce great rap songs.

This is rudimentary and a necessity for every song, even for rap songs. Once you have created your own loops, you can then fit in the bassline to these original loops. But don’t overdo it and don’t create a bassline that appears to be competing with the original loops. Basslines are vital to the life of a rap song. They are not merely appendages that work at the backdraft. But how do rappers create bassline? These basslines are usually created using a bass guitar, although some producers make use of keyboards to create basslines or use bass synths.

You can mix the different tracks of your rap song creatively. That’s the beauty of rap songs. You are not restrained in form, but you can extend your range of creativity beyond the ordinary form. This fact is indeed very challenging, for real rapper has to push his creativity to a new level. This fact is also liberating because it doesn’t restrain the rapper’s creativity.

When mixing the musical tracks, make sure that you do it inside a highly optimized room for mixing. Label your tracks for immediate recognition. You can also devise a color code for each track for efficiency. Afterward, you should clear your mind of distractions and save your ear as much as possible. Know and master the rough mix from front to back. Then, get the feel of your mix and identify the track that you really want to emphasize. Make sure also that you understand the relationships among different tracks. Afterward, you should plan to mix the tracks from bottom to the top.

Mastering Hip-hop music is a complicated thing. You need the help of professional sound engineers who have already mastered the art of mastering audio. If you want to do it on your own, however, you should buy a set of quality speakers and headphones. Then, try to mix down a session of the song to a single stereo track. Maintain the bit-rate as possible. Normalize the track. Employ a basic equalization. Apply compression, and then apply equalization. Afterward, apply the reverb to the track and a limiter. Then, you should convert the stereo file from 32-bit to 16-bit and 44.1kHz. Lastly, burn the final track of your rap song to a CD.

Of course, you should carefully choose the DAW that you are going to use. The most often used DAW for hip-hop music and producers is the Fruity Loops (FL Studio). If you are a beginner, you can make use of this one. Other DAWs like that of Ableton is more complicated to use. As a beginner, you should not jump immediately to the use of pro software. You must garner experience first by mastering the less complicated software before moving up to the use of the more complicated software.

Lastly, you should be original. Nothing beats originality, and if you want to be original, you should know what has been used before and what were the popular rap styles in the past. In this way, you will veer away from the previous styles and create your own brand of rap to create something fresh and authentic to the meticulous ears of the hip-hop fans and followers.

The trick when making a song is that you should have enough knowledge of the pass rap styles. This is necessary because you can readily know if what you are doing is unique. You will never be able to create your own brand if you are not cognizant of these previous styles. It is also necessary that your melodies are unique; moreover, you should never really relent from experimenting.

Dare To Experiment With Different Beats

Sometimes you must experiment with the different beats. The more you experiment, the more unique your song would be. Sky’s the limit when creating your new rap song. You should not be confined, however, to the styles of the previous rappers. You should explore and find new ways to make a distinct contribution to the Hip-hop music. 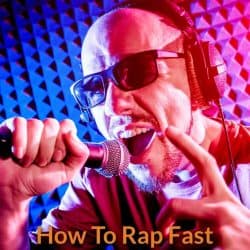 How To Rap Fast 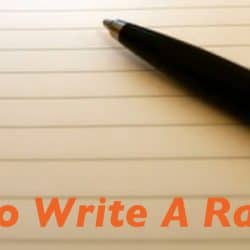 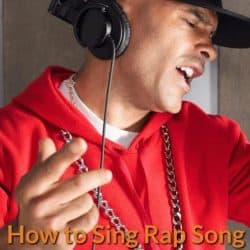 How to Sing Rap Song Easily