As a budding audio engineer, you may try a single studio monitor. Your reason may be because you do not have enough money yet to buy a pair of high-end studio monitors. However, it is different if you are a well-established sound engineer who still occasionally switches to mono. Your reason for switching might be because you believe that if it sounds good on mono, it will sound better on the stereo.

Instances When One is Better than Two Monitors

When you use one monitor, it will be better to set the mixer’s booth output to mono before sending the signal to the only speaker you will use. There were many instances when I’ve mixed using only a single speaker. I’ve also used the mono setup when I was deejaying, for mono is best when one is engaged in general deejaying.

Moreover, most clubs’ sound systems set their monitors to mono. If you are going to set booth output to stereo, you will find that the audio signals lose the stereo field when it comes out of the speakers. Yet, when you put the booth output to mono on your mixer, you will hear a more robust overall sound.

On the other hand, if you’re mixing several tracks to produce music, it will be best to have a stereo setup. However, it will help if you check your mixes in mono. Sound engineers often do it. They usually route the mix via a single speaker to figure out how it would sound in true mono.

It will also help if you get the mono signal from your stereo mix to ensure that no unacceptable sound will come out when your listeners listen to your music in mono.

Furthermore, when doing your mixes, you will do well if you develop that habit of switching from stereo to mono occasionally. In doing so, you can do away with any misleading phrasing or panning between right and left panning, which can make the stereo sound appears to be significantly prominent. You can also do away with the phantom mono or false mono signal if you occasionally switch from stereo to mono when mixing.

You can pinpoint potential mixing problems that are undetectable when mixing in stereo. Some of these possible problems include elements too wide in your mixes, which may lead to certain parts disappearing or becoming weak when listened to in several playback devices like mobile devices with one speaker. Another possible problem is your low end creating weak low volume and not punchy low frequencies. Lastly, there is the potential problem of the EQ becoming weak.

Instances When You Must Use Two Monitor Speakers

When doing the music mix, you will need two monitor speakers. With two monitors, you can channel different sounds into individual speakers to improve listeners’ experience. Most home studio owners buy a pair of powered reference monitors. This setup will let you hear what most listeners will hear in your tracks. With this setup, you can have a proper near-field setup that could reduce room tone.

Remember that your monitoring system’s setup is critical to adequate monitoring. To produce a stereo output, you need to use two monitors when mixing to pan sound signals to the left and right monitors. You do this so that when your listeners listen to your music, they will hear different sounds on their left ear and different sounds on their right ear. With this setup, your listeners will have a broader perception of width, depth, and space when listening to your music.

You also want to create a completed mix with no weak emotional links from the onset of the first note to the last note of the fade.

If you’re short of money at present, it is better to save more money and later buy a pair of monitors instead of one when you have enough money. The reason for this is—you will be handicapped using only one monitor when mixing.

Of course, if you will use it for deejaying, you can get by with a single monitor. But if you intend to do many mixes and become a professional sound engineer, you better invest in two reliable high-end monitors.

There is a remarkable difference between mixing with a single monitor and mixing with two monitors. As mentioned above, you may miss some issues with your mixes when you only mix with two monitors. However, if you would shift from stereo to mono from time to time, you would notice these problems and even solve them. In this sense, mono and stereo mixing should complement each other. Remember that if you could make your mix sound good on mono, it would also sound good on stereo. 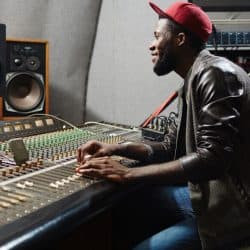 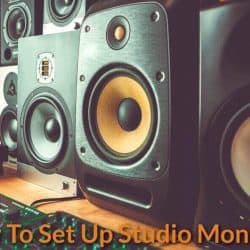 How to Set Up Studio Monitors 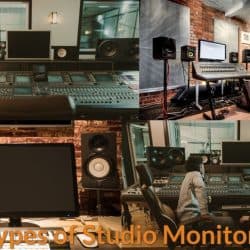 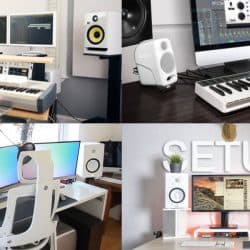 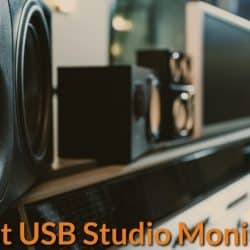