The advancements in communications and computer technologies have paved the way for new avenues of promoting your own brand of music. One such avenue is the use of a music video to promote your brand of music. Using music videos, you can artistically explore and incorporate various emotions within a single music video.

You can make use of anxiety, frustration, thrill, challenge, sadness, happiness, and contentment within a single music video project. Your only limitation in making a music video is the limitation that you impose upon yourself and the budget you set for your music video. Hence, if budget is not a problem, sky’s is your limit when making your own music video. While the budget for a music video may not be that astronomical; it can surely be very costly if you want to make a quality music video.

Steps On Making a Music Video

There are basic stages when making a music video, and just like in the making of a film, you can divide the videomaking into four major phases, namely—development, pre-production, production, and post-production. It is during the pre-production that the planning and preparations are wrought, and this can be the most cumbersome stage of the videomaking. Aside from these four major stages of videomaking, the making of a music video follows certain procedural steps and here are these simple steps:

You can use still pictures arranged in a manner that they tell a story. Moreover, you can shoot scenes that are relevant to the song and make use of subtitles to make the lyrics of your song intelligible to the viewers. You should ensure that the song that you choose is a good song out of which you can generate a good storyline.

Step 2: The Creation of a Storyboard.

The second step of video making is the creation of a detailed storyboard. The storyboard is a very powerful tool in creating a video storyline. It creates a visual representation of the scenes, facial expressions, and even the concept arts to aid the directors, actors and actresses, film location scouts, production designers, visual effect supervisors, props makers, and even the carpenters in building the things that you would use in the video.

Storyboards also provide a shot-by-shot visual illustration or explanation of the whole sequence of the story that you want to tell. Moreover, it is easier and cheaper to edit, and you can readily alter or delete a scene on a storyboard. Storyboard is also a useful guide, especially, for DIY (do-it-yourself) music video.

Storyboards are usually a frame-by-frame sketch of every scene. It doesn’t need to be fancy or colorful. However, it should be capable of showing the overall concept and scenes of the story. The director can also give his own inputs about a scene and about how the blocking of actors should be done. You can also use text storyboard if you are incapable of scribbling a storyboard as long as you could translate into words what you want to illustrate in a scene. You can always synergistically work with the director, informing him of what the sequence of the scenes should be in the music video.

This is the first and most important part of the pre-production stage of making a music video. Whether you want to make a music video of an existing song or an original composition, you need a plan for your every course of action and a schedule for every action so that you can track the developments of every step of the video production. Moreover, with planning and scheduling, you can avoid or limit unnecessary expenditures. Even if you are not going to shoot, you still need to plan and schedule your tasks ahead and set a deadline for the completion of your music video.  And you have to plan and know what the potential and common mistakes you must avoid in your music video production are.

In any filming event, it is important to have a team of experts to handle the filming process. You can decide on what particular people or talents you would want depending on the storyboard you have created. But for filming or shooting a film, you would definitely need the following people:

Meanwhile, you can handle the positions of producer, location manager, casting director, and whatever task that is within your plethora of abilities.

This pre-production process is only applicable if you intend to shoot outside a music studio. Most venues are free unless they are privately-owned resorts and are for rent. However, if you are shooting at government-owned locations, you need to acquire official permits. If you required aerial video shots, on the other hand, depending on the location, you would need clearance and permission from the local aviation authorities.

If your storyboard concept requires you to shoot on a remote location or build a set on an area, make sure that you have proper coordination with the local authorities of the location, the police, and fire department, the local power plant (if needed). And of course, you should get acquainted with the local neighborhood and notify them of the video-shooting event. You can also include them in the cast if they would agree to that idea. Furthermore, you should familiarize yourself with the local noise ordinance of the place.

If your storyboard requires actors and actresses aside from the performing artists for your music video, and you are on a tight budget, you can just ask your friends and family members to be your actors and actress. You can also ask for help from your local university’s theater or drama department. Their talent fees may not be that high as compared to those of professional actors. If there is a dance on the storyboard, you would definitely need a choreographer to arrange dance scenes for your music video. Choreographers have ready dancers and dancing students whom you can hire to dance as well as act for your music video project.

This part of the production stage is where the talents are mobilized. The singer or singers prepare and rehearse their songs for the music video. At the same time, the actors and dancers rehearse their parts as well. The director sees to it that everything goes well during the actual filming.

If the shooting is “on location,” the film crew are dispatched to prepare the set. This is usually prepared and built by carpenters, and props men alongside the light men. The set is the place where the actual filming is to be done. During the actual shooting day, the video and audio technicians arrive earlier to install the wires and cables of cameras and microphones for filming. After the set has been prepared and all the equipment are tested, the actual filming can start. While the video and audio crews prepare the set, the performers dress up and get their makeups. When the filming begins, the team prepare the next scene to be filmed in the same location.

Step 8: The Actual Shooting of Video

This is the second and final part of the production stage. During this time, the director briefs the musical performers, dancers, and actors on what the scene is all about. The performers, singers, and the band members then go to their specific positions and wait for the director’s cue. The film crew also take their respective places. It is important to shoot from different angles during the duration of the song. Limited coverage of the performance might leave the film editor with a narrow selection of video footages.

There are dedicated audio and video-editing software that is commercially available at lower prices. You can use one of them to save on your expenses. You can also use your existing PC for editing; in fact, even a 10-year old computer can handle editing of video formats although at a slower rate.

There are many commercially available computer software for video editing like the iMovie for Mac and Adobe’s Premiere Elements for PC. This software can help you edit both the sound and video recording. While the initial cost can be considerable, especially, when buying a new computer, you can gradually invest in these editing tools by buying one at a time.

At present, many people around the world upload their videos and music videos online via the different social media platforms like Facebook and YouTube. They usually use their smartphones to upload these videos, and some of these videos can reach the viral level within several days if the video is really good.

If you are a singer or you have a band, you can easily create a music video using the existing available resources like the digital video camera, smartphones, and laptops to make your own music video. If you do it right, you can become one of the newest YouTube or online sensations if your music video goes viral. 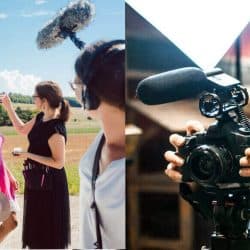 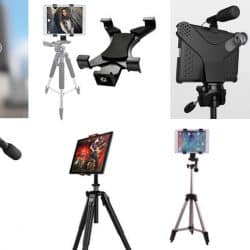