You are here: Home / Learn To Play Guitar / How to Memorize Guitar Strings Easily?

Learning how to memorize the guitar strings is the most basic and important skill you must master in playing guitar especially for beginners. Guitar playing is not only about knowing how to strum a guitar.  It also about learning the different guitar parts and their specific functions. There are various types of guitars. But guitars can be classified into three types: the acoustic guitars, electric guitars, and classical guitars. Guitars have different parts likewise, and each of these parts contributes to the melodic sounds of the guitar.

These Guitar parts include the following:

The electric guitar also, however, includes some control knobs and switches. The guitar string is an essential part of the guitar as it is the source of the musical sound. Generally, there are six strings for each guitar. However, some rhythm guitars have twelve strings. Bass guitars, on the other hand, have four. Guitar strings have identifying names or numbers. This makes guitar playing a lot easier. Knowing the string names helps in tuning the guitar and reading tabs. Moreover, a guitarist should know the string names to play the guitar more efficiently. Learning guitar basics like the guitar string names is important especially for a beginner in guitar playing.

The ordinary guitars that you usually see contain 6 strings that are quite easy to memorize. But before you engage in memorizing these strings, you need to understand how these strings evolved. Well, modern-day guitars have a long evolution that dates back to the start of civilization. In ancient times, there were no guitars, but there were lutes and harps.

The ADGBE tuning appeared by the 16th century. This type of tuning corresponds to the top 5 strings of the contemporary guitars. Through constant technological development and experimentation, the design and body of the prototype guitar began to evolve, including its tone and volume. By the 1800s, the contemporary 6-stringed classical guitar began to emerge, and you can tune it using EADGBE.

There are two ways of how a guitar string is named: first, is by the strings position on the guitar fret; and second, by the note, it produces when properly tuned. The standard arrangement of guitar strings graduates from the thickest to the thinnest string, from top to bottom. But the string number designation starts from the bottom as the 1st string. If this is not confusing enough, tuning guitar strings starts from top with the “low” E string.

You should note that the 4th, 5th, and 6th strings are copper-wound metal or nylon strings. However, the 3rd string is also available in copper-wound wire and is a standard choice for acoustic and electric guitars.

It is a bit frustrating for some guitar newbies to learn the string names. This is due to the numbering of strings that goes from bottom to top. When looking down on the guitar, the first string you will see is the 6th string and not the 1st string.  Then, the tuning of the strings is done from top to bottom. These arrangements are just quite confusing. Anyway, you can always use the assigned notes or acronyms to identify the strings — for example, E-A-D-G-B-e from top to bottom. The “e” denotes the high E note.

Memorizing the names of the strings can be a bit daunting to many people. This is especially true when you try to memorize an acronym like EADGBe. To help you remember acronyms like this, you need to rely on a system that can help you recall it. One such system is mnemonics. You can use mnemonics to remember the acronyms better. Here are some examples of mnemonics that are commonly used to remember the acronym EADGBe:

Every average dude gets better eventually.

Each apple does get bitten eventually.

Memorize the Acronym in Reverse

You can also memorize the acronym in reverse or from 1st to 6th string, i.e., e-B-G-D-A-E. The most common mnemonics for eBGDAE are:

Easter bunnies get drunk at Easter.

Every big girl deserves an elephant

Every beer got drank at Earl’s.

Although some of these mnemonics seem to be meaningless, the use of mnemonics, however, makes memorizing a senseless word like EBGDAE a lot easier.

Practicing On Tuning the Guitar

It is important to learn how to tune the guitar with “open” strings.” Open string means that the string is not pressed against the fret. The fret is a set of partitions that run across the length of the guitar neck. These frets are usually numbered in Roman numerals. The Roman numeral I is the fret nearest to the guitar’s headstock.

Tuning starts with the 6th or thickest string. This is achievable by using a tuner, a keyboard or tuner apps. When using a keyboard, you can find the “low E” is the 3rd white key from the left. Pluck this string while slowly turning the tuning knot until you achieve the low E note. Tune the 6th string as accurately as possible. The succeeding string’s tune is dependent on this process.

After achieving a perfect low E tone, press the 6th string on the 5th fret. The string produces the A note at this position. Find the same A sound on the “open” 5th string by turning the corresponding tuning peg.

Use the same process to find the D and G notes for the 4th and 3rd strings, respectively.  After tuning the 3rd and 4th strings, press the 3rd string on its 4th fret. This position produces the B note when plucked. You can tune the “open” 2nd string to this note.

After finding the B note, press the 2nd string on its 5th fret. This produces the “high” E note. Tune the “open” 1st string to the high E note. This process to tune a guitar is known as the standard tuning pattern. Now, you are ready to play on your guitar.

You can get yourself familiar with all the guitar notes faster if you practice often. And it will help you to a better understanding of how every note sounds on the guitar.

After memorizing the name of the strings, the next thing that you should understand is the fretboard. You should have a working knowledge of this fretboard. The fretboard is also called “fingerboard.” It is on the fingerboard where you would shape the different notes that you would like to play.

The strings run through the fretboard as you press down on a string on the fingerboard, the vibration of the string changes that eventually alters the pitch too. Once you’ve memorized the name of strings on the fretboard, you are almost ready to move to the next level.

After learning the names of the strings, you should then practice every day to play scales. At the onset, it would be good to start with the basic major scales until you memorize them. You should begin by playing the scale slowly while saying the name of each note that you play. Then, slowly increase your speed and diligently memorize the notes along the fretboard up to the neck. Be aware of the octaves. Know how many “E’s” there are on the fretboard. Then, memorize the G’s, and other notes on the fretboard.

If you want to master the fretboard, then you should be familiar with and be able to memorize the different notes as you find them in different octaves. You can also memorize them by ear to train your ear too. Moreover, you should practice with patience for this memorizing process may be difficult for some but easy for others. Always remember that nothing substantial is achieved without sacrifice.

Additional Techniques To Memorize Guitar Strings and their Names

Of course, memorizing the strings of guitars is not the end-in-itself. It is just a means to memorizing the different chords and notes of the guitar. You can start this memorizing process in an ascending or descending order.

The fourth string is tuned to D, and it is called the “D string.” Moving down one string is the G string tuned to G. The 2nd string is named the B string and is tuned to B and the lowest string when you hold your guitar is the high E string that is tuned to E. Memorizing the strings may be a bit difficult if you don’t make use of memorable phrases like the following:

You can also make your phrase if you don’t like the abovementioned phrases. Your phrase should be memorable. It doesn’t need to be excellent, yet, it needs to have a hook. 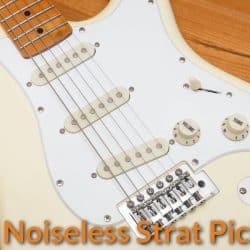 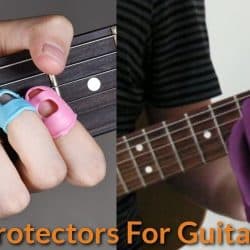 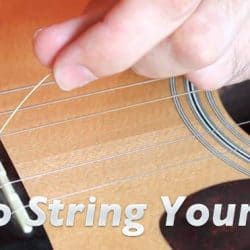 How To String A Guitar 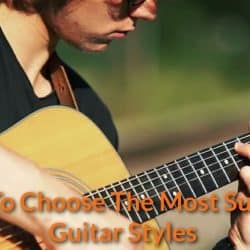 How To Choose The Most Suitable Guitar Playing Styles 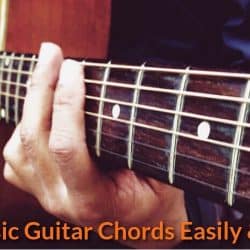