So, maybe you have looked at the back of your guitar amp and found two quarter-inch jacks that are labeled Send and Return, and have asked yourself: What are these for? You are not alone in doing so, for I also had looked at those two jacks before and wondered what those were for.

Yet, I did not just ask myself, but instead, I researched and found that those tiny holes are the effects loop of your amp. You will know what an effects loop is in this article, how it works, and how you are going to use it.

During those early days of guitar amplification, guitar players usually just plugged their jacks straight into the front of the amplifiers. As new music genres evolved, guitar players started to ramp up their amps’ volume as they played dirty.

Moreover, effects started to flood the market, and guitar players began experimenting with those effects like reverb, fuzz, and delay. They usually set the effect in front of the amp. They connected the guitar jack to the effects, and in turn, the effects got connected to the amp.

This setup worked well in most cases, and even I do it every once in a while. This setup, however, sometimes creates some problems, mostly if you do play heavy overdriven sounds. For this reason, amp manufacturers thought of providing the effects loop.

So, the effects loop is basically an input/output that lets you position the effects between the preamp guitar section—where it is amplified—and the amplifier’s power section, where the sound is amplified. This means that your preamp can be positioned anywhere in the circuit or signal chain instead of being the last stop.

The effects loop is best used when utilizing a gain channel or cranking your amp while aiming to preserve the amp’s sound before it gets amplified again. Without the effects loop, you will have the effects positioned in front of the amplifier, affecting the preamp. This old setup usually makes the audio signals muddy.

The effects loop is basically an audio effects units’ series, hooked between a signal path’s two points. It is usually situated in-between the amplifier circuit’s preamp and the power amp stages. Furthermore, we can categorize the effects loops into the following two major types:

Most amps with effects loop are wired like a series of the effects loop. So, the signal route is split between the power amp and the preamp. The series effects loop is the most popular design of effects loops. In this loop style, the entirety of the amp’s signal is rerouted through the plugged-in effects.

This design is straightforward and lets you dial your mixture of affected and dry signals right on your looping pedals. With this design type, the entire preamp signal travels via the processor and then re-enters the power stage.

The second path lets the preamp signal goes to the effects signal chain. Then, it is routed back to the power amp, combining both paths.

How to Set Up the Effects Loop?

If you haven’t tried using the effects loop, let me show you where it is located in the amp. You will find it at the backside of the amp. There, you will find the “Send” and “Return” labels for the quarter-inch input and output. It is quite easy to set up. You only plug in your guitar. Afterward, you look for the effects loop.

The “Send” (preamp out) carries the signal sent out of the amplifier’s preamp. You must connect the first pedal input that you want added to your FX loop. The “Return” (Power Amp In) carries the signal that returns to the amp’s power stage. You should plug in the cable coming from the last pedal to this input to close the loop.

What Pedals Can You Run in Your Effects Loop?

Well, you don’t need to worry about what type of pedals you can use in your effects loop. This is because you can use any pedals that you usually have downline. You can use, for example, the following: phaser, Flanger, tremolo, chorus, pitch shifting, reverb, delay, EQ, and noise gates.

As mentioned above, the effects might end up less effective and dull if you have them in front of or even before the amp. So, the use of an effects loop can keep intact the amp’s overdrive.

When it comes to modulation effects like chorus, phase, and tremolo, you can always try both ways. It doesn’t matter that much, for the phaser and chorus would sound incredible even if you position them after or before your amps.

You will still get that same compression and grit as you plug them in your amp’s frontside. Nevertheless, you will also get the full dynamic range of these effects if you run them through your effects loop.

Tonal foundations like distortion, overdrive, and fuzz would indeed work well when positioned in front of your arm. This is because the amp’s compression tames these tones’ harsh top end. So, we will not encourage you to use them in the effects loop.

You can also run your level-control devices through your effects loop, and they will indeed sound great. You can add a clean boost or a volume pedal to this loop to attain more massive volume adjustments without experiencing the extra tonal or overdrive loss that you would usually get when you run them before the drive section.

Whether you are a beginner in your musical adventure or an experienced one, you can always take positive actions to improve your music and sound. If you are not using the effects loop at this point, you better try it, and it will do your music wonders. You can make your solos stand out once you run your pedals through the effects loop.

You can follow the abovementioned recommendations on how to maximize the use of the effects loop. Your effects will sound clearer as you run them through the effects loop. Moreover, the guitar amp’s tone becomes more defined. Lastly, you can avoid signal loss because of impedance. 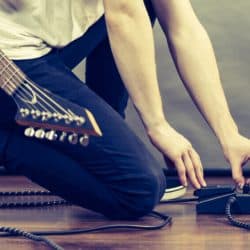 How To Set Up A Loop Pedal 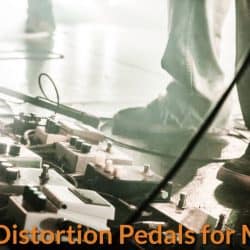 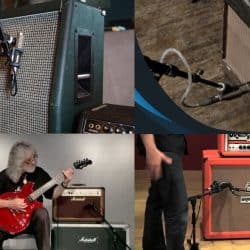 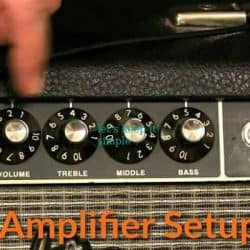